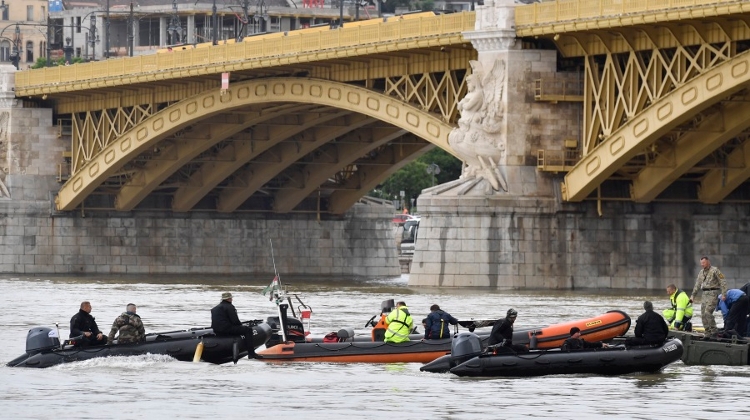 Only one of the survivors of the Danube ship collision was still in hospital, receiving treatment for a broken rib, on Thursday afternoon, public television news channel M1 reported. The other six people rescued have been released.

In a message to President Moon Jae-in, Áder said the Hungarian authorities will do everything possible to find the survivors and to ensure the speediest possible recovery of those hospitalised.

In his letter to Prime Minister Lee Nak-yeon, Orbán said: “Our thoughts and prayers are with the families of the victims and with the people of South Korea in these most difficult of moments.”

Earlier on Thursday, the president ordered an operative team to be set up in connection with the disaster. The 18-strong team, headed by the South Korean foreign minister was accompanied by a 13-strong rescue team mainly comprising divers.

Meanwhile, the Hungarian interior minister received South Korea’s ambassador to Hungary in his office. Sándor Pintér has expressed his condolences to Choe Kyoo-Sik and briefed him on circumstances of the accident and steps taken in the rescue operations.