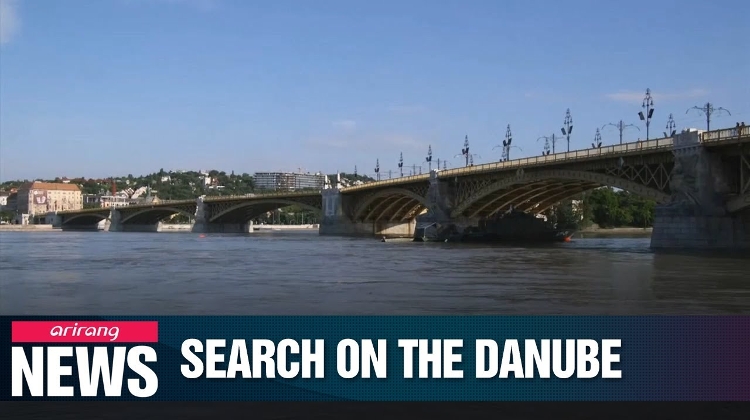 Foreign Minister Kang Kyung-hwa says Korean and Hungarian authorities are continuing to ramp up efforts to find the missing 21 passengers.

Speaking to reporters upon her return from Budapest on Sunday, Kang expressed regret that there hadn't been a breakthrough on rescue operations.

"We've said from the very beginning that there should be a net installed near the wreckage to prevent the victims from being swept away. But we need divers to install the net, and we were told this would be difficult given the current circumstances. If it's difficult to install nets, we are considering installing structures nearby."

Prior rescue and recovery attempts were hampered by flooding and strong currents as well as poor water visibility. Kang said authorities were expanding the scale of the operation by deploying helicopters and speed boats on Sunday, after surface-level searches on Saturday failed to locate any missing passengers.

Depending on the river conditions, the foreign minister said authorities plan to decide on Monday whether to deploy divers to launch underwater operations.

So far, at least seven people have been confirmed dead, while 2 Hungarians and 19 Koreans remain unaccounted for.