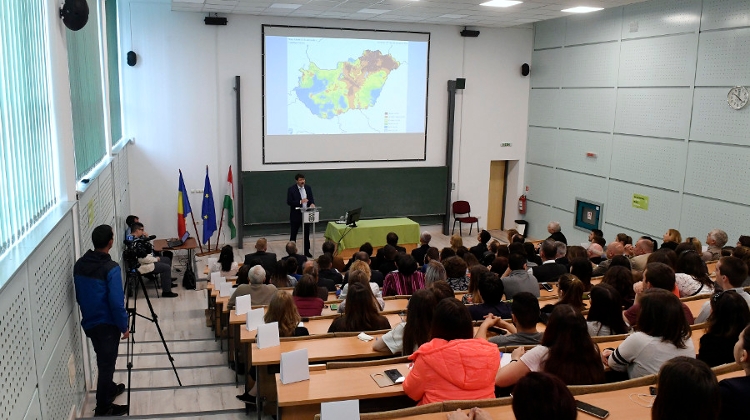 The president said the chief issue of the 21st century would be water. Unless mankind drops the current linear economic model, societies might collapse, he said.

In his lecture, Áder presented two Hungarian inventions, a chemical which seals the soil by allowing rainwater to seep in and preventing it from evaporating, and a new fodder which reduces the methane emissions of cows and other animals by 90 percent. 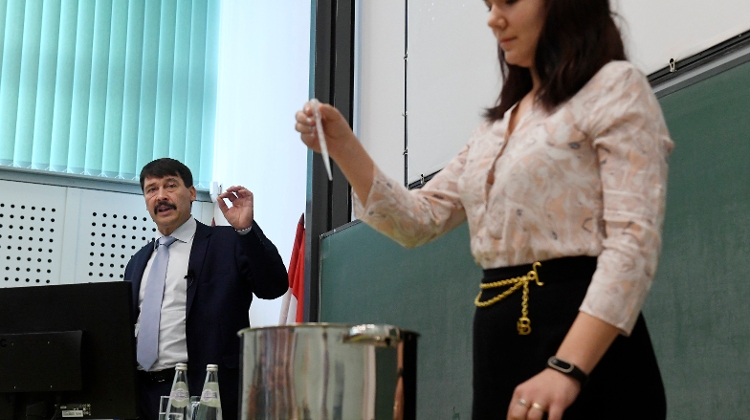 Áder highlighted the signs of climate change such as extreme weather conditions causing alternating floods and droughts, forest fires, a proliferation of invasive plants and animals, as well as the appearance of new diseases.

Each year, deserts grow by twice the area of Hungary, and the world’s forests shrink the size of Italy, Áder said.

On the topic of demographics, Áder said that India, by 2050, would have a population equal to the global population in 1918.

Emigration from overcrowded areas cannot be avoided and it could create unprecedented tensions within societies, he warned.

As an example, he said that the civil war in Syria had been preceded by three years of drought and plummeting living standards.