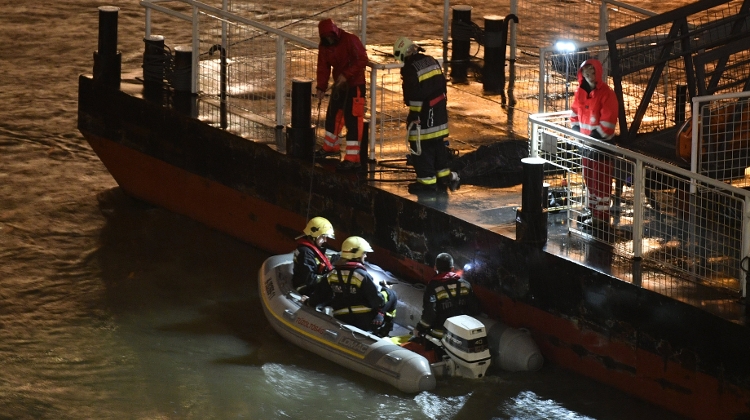 Rescuers in Hungary have pulled out a body from the Danube over 100 km downstream from the scene of last week's boat tragedy in central Budapest, reports Euronews.

Around 20 are still missing in the Danube's worst disaster in half a century. Many bodies are thought to be still trapped inside the wreck, which divers haven't been able to search well due to high flood waters and strong currents.

An on-site South Korean rescue team aims to recover bodies while the boat is still on the river bed, and Hungarian teams are looking at lifting the boat out of the water first.

Euronews' correspondent Karoly Szilagyi says that diving teams have so far carried out exploratory missions near the boat wreck - see the video below for more.

HATC report that Hungarian divers found a dead body near Margit Bridge yesterday morning. South Korean divers who followed them brought the body up to the surface in the afternoon.

During the morning exploratory dive, the Hungarians tried to assess the wreckage, although visibility in the river is close to zero.