Gov't Official Responds To Former US Ambassador’s Criticism Of Hungary 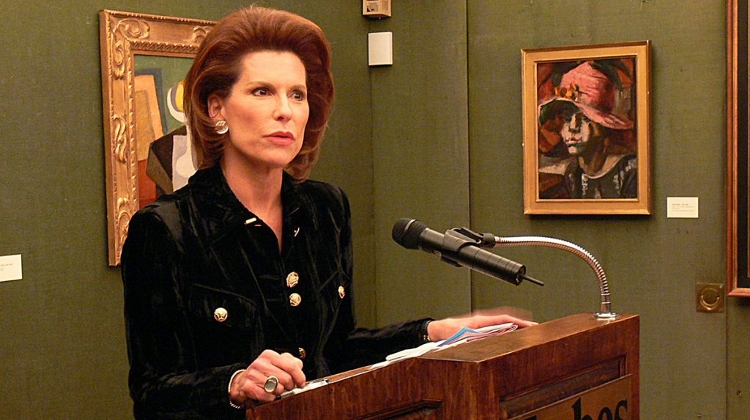 The United States can continue to count on Hungary, , the state secretary for international communications and relations, said in response to an opinion piece former US Ambassador to Hungary Nancy Goodman Brinker had written for conservative media site Newsmax. com.

In her July 22 article entitled “Our Former Ally Turns Unsavory”, Brinker accused Hungarian Prime Minister Viktor Orbán of standing in the way of cooperation between Ukraine and NATO.

In his response article to Newsmax, Kovács said Hungary remained a staunch member of NATO, “more than pulling our weight in terms of contributions to the alliance”.

“We have embarked on our biggest military development program in the 29 years since the fall of the communist regime,” he wrote, noting Orbán’s promise that the scheme would help Hungary increase its defence spending to 2% of GDP by 2024.

The state secretary quoted Orbán as saying at a reception marking Independence Day earlier this month that the US “can count on us in the fight for our common values, whether it be in the meeting rooms or on the battlefields”.

Kovács also noted that Hungary has signed a Defense Cooperation Agreement with the US “that was, contrary to Ms. Brinker’s assertion, approved by Hungary’s National Assembly earlier this month”.

As regards Ukraine’s cooperation with NATO, Kovács said it had “suffered not because of Hungary … but because of Ukraine’s own laws that violate ethnic minority rights”.

He said Hungary would not apologise for prioritising the rights of Hungarians living beyond its borders “and we will hold Ukraine accountable for making good on its own commitments”.

He cited Secretary of State Mike Pompeo as having said during his visit to Hungary earlier this year that the US had been “prone to forgetting about Central Europe and abandoned this region”.

Kovács added, however, that this was changing under the administration of President Donald Trump, adding that Hungary was “delighted to have the United States back not only as an important strategic ally but also as our greatest source of foreign direct investment outside of Europe”.