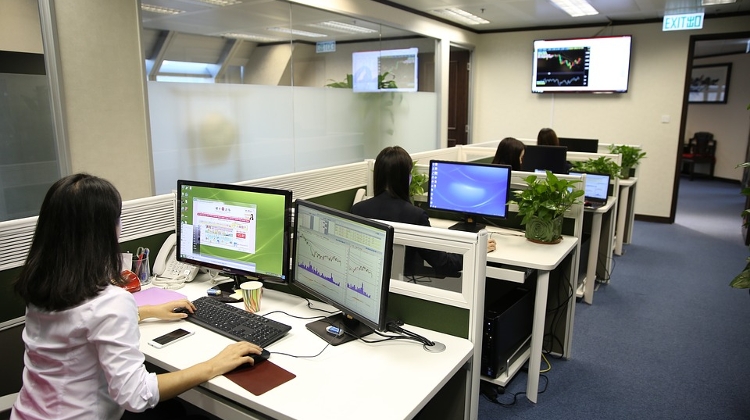 The average gross monthly wage for full-time workers in Hungary rose by an annual 9.0 to 371,131 forints (EUR 1,150) in April, the Central Statistical Office (KSH) said.

Also excluding fostered workers, the average gross wage in the business sector, which includes state-owned companies, rose by 10.2% to 390,243 forints.

The data sources show that in January-April average gross monthly wage was highest in the finance and insurance sector, at 671,600 forints, and lowest in social health care services, at 234,000 forints.

Analyst Péter Virovácz of ING Bank said the April single digit wage growth came as somewhat of a surprise, as it was last seen in January 2017.

The slower pace of wage increases was certainly tied to lower wage increases in the government sector. Wages in the private sector still kept growing at a double digit rate, with the pace above average in the construction and manufacturing sectors and below average in some segments of the services sector.

In 2019 wage growth could average around 10% in the economy as a whole. Analyst András Horváth of Takarékbank said wages could grow by a little more than 10% this year and real wage growth could be 6.5% with chances of it being higher.

Wage growth in April was driven by a shortage of skilled labour and the increase of minimum wages for said skilled workers.