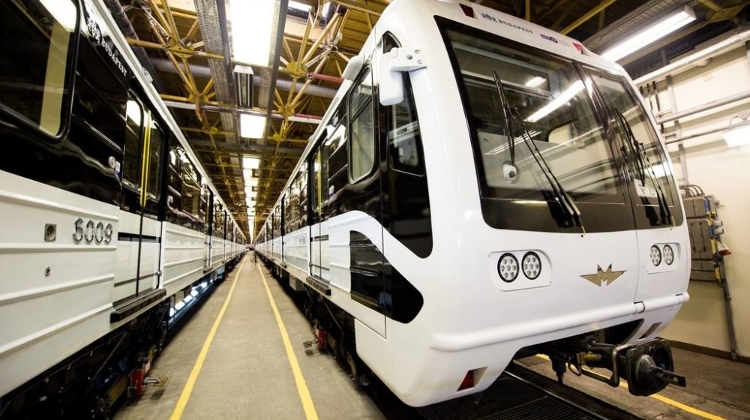 Renovation of the capitalʼs metro line number 3 (M3) is already three months late, based on the deadline cited by Budapest Mayor István Tarlós when inaugurating the renovated northern section of the line in March, says a report by news site Mfor.hu.

The report recalls that the mayor envisaged renovation of the southern stretch of the line being completed by the third quarter of 2020. In its reply to queries from Mfor.hu, city public transport company BKV now puts the expected deadline at the end of next year.

As one reason for the delay, the report mentions the slow tempo of renovation on the line, with only one work shift daily. Workers arrive in the tunnel around 7 a.m. and knock off at 5 p.m., it notes.

Compounding the problem is that twice a day, at the end of operation and at dawn, one set of tracks must be left free to allow trains to pass to and from mandatory nighttime inspection, a problem that did not apply with the renovation of the northern section.

Mfor.hu notes that the question of how long replacement buses will need to run along the M3 route while renovation continues underground is important not only in terms of the inconvenience and discomfort to passengers, but also because of the high cost.

Last year, BKV reported excess expenditure of HUF 4.5 billion on operating buses along the northern stretch of the line at weekends, as well as along the entire length of the line in the evenings.

While the renovation of the M3ʼs northern section is complete, with work on the southern section in progress, work on the middle section has not even started, the report notes, observing that replacement buses will need to run at weekends along this stretch, too.