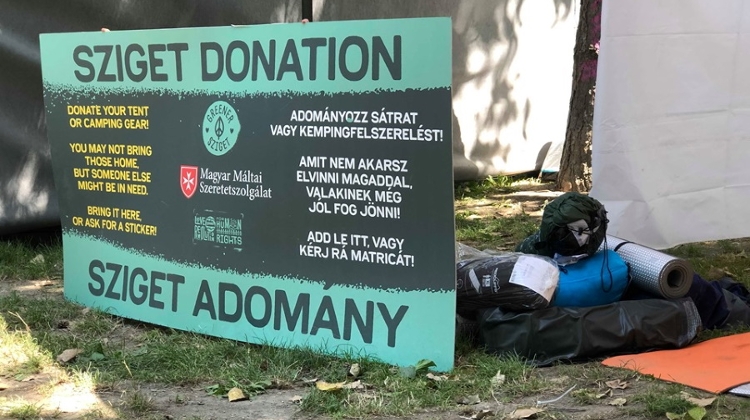 The local charity of the Order of Malta is getting three truckloads of camping equipment and clothing left behind by visitors to Budapest’s Sziget Festival, the charity’s communications director told MTI on Saturday.

Over a period of two days, 150 volunteers sorted through what festival-goers left behind and collected some 600 tents, 500 camping chairs, 400 air and foam mattresses, 17 cubic metres of sleeping bags, blankets and towels, and a large volume of clothing, shoes and sandals, all in good condition.

It is the second time the charity has been allowed to pick through the discarded items from the festival.

The items will go to families who have fallen on hard times, the homeless and, through partner organisations, Hungarian families in other countries. This year’s Sziget Festival, a week-long musical extravaganza on an island in the Danube, drew around 530,000 visitors, the organisers said.

Photo courtesy of Order of Malta