Hungary’s Inflation Falls To 3.1% This August 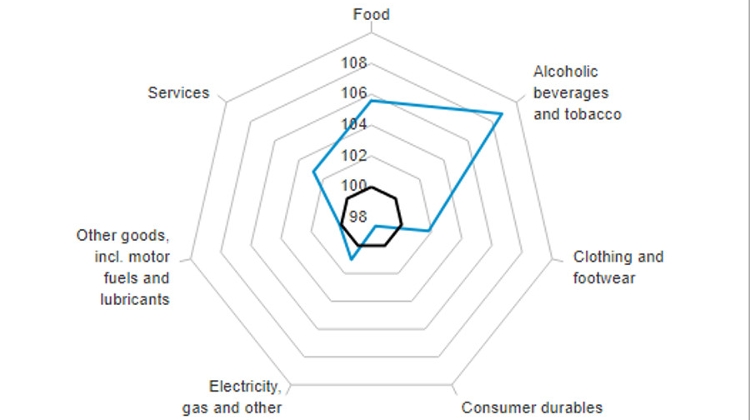 Hungary’s annualised consumer price index stood at 3.1 percent in August, down from 3.3 percent in the previous month, the Central Statistical Office (KSH) said on Tuesday.

Headline inflation was lifted by an 8.8 percent increase in the price of spirits and tobacco and a 5.6 percent rise in food prices.

Prices in the category of goods which includes vehicle fuel edged up 0.1 percent.

Service prices climbed 2.8 percent. KSH noted that the price of tobacco products jumped 12.8 percent during the period, while the price of vehicle fuel dropped by 2.6 percent.

The CPI harmonised for better comparison with other European Union member states was 3.2 percent in August.

Seasonally-adjusted core inflation, which excludes volatile fuel and food prices, was up 3.7 percent. Inflation calculated using a basket of goods and services used by pensioners stood at 3.4 percent. In a month-on-month comparison, consumer prices fell by 0.1 percent in August.

In a monthly analysis released after the publication of the KSH data, the National Bank of Hungary (NBH) attributed the drop in headline inflation mainly to a drop in the price index for unprocessed food.

The central bank’s measure of core inflation excluding indirect tax effects – a bellwether indicator of underlying inflation – was 3.2 percent in August, level with the previous month.

After a monthly rate-setting meeting in August, NBH policy makers said core inflation excluding indirect tax effects “is likely to decline gradually to 3 percent from the end of 2019” because of a “strengthening of disinflationary effects”.

The indicator for sticky price inflation, which includes items for which retail prices vary, on average, no more than 15 percent a month, was steady, too, at 3.4 percent.

The NBH said households‘ inflation expectations “remained moderate, at a level consistent with the 3 percent inflation target” in August.