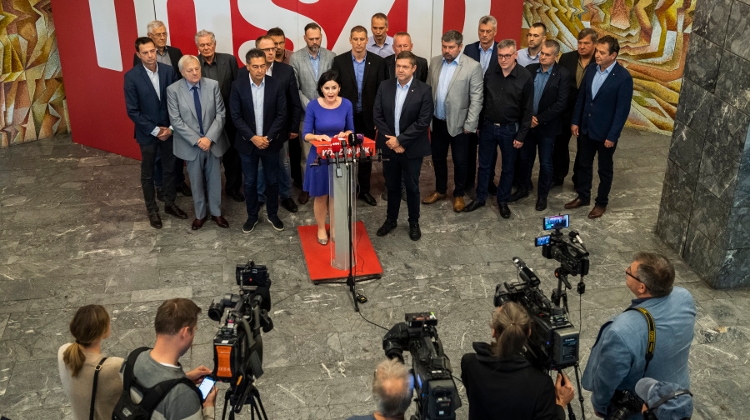 The opposition alliance must be constructed further and a new country built, the opposition Socialists’ chairman and parliamentary group leader said during a break of a party board meeting assessing the results of the local elections held a week earlier.

The Socialists are ready for a “new change of regime”, Bertalan Tóth told a press conference.

The party achieved very good results within the opposition alliance at the local elections, with more than 350 local council representatives and 48 mayors winning the vote, Tóth said.

He said he had asked the elected mayors and representatives to never accept “ignoble bargains” from those in power and make sure that their every move serves the interests of the local community.

Socialist board leader Ágnes Kunhalmi said she had asked the party’s representatives to always fight for social justice and solidarity which she described as “the Socialists’ most treasured policies”.

Kunhalmi said the board had welcomed the election of Gergely Karácsony as Budapest mayor and supported his planned measures including the proposal to make honorary citizens of former mayors Gábor Demszky and István Tarlós.