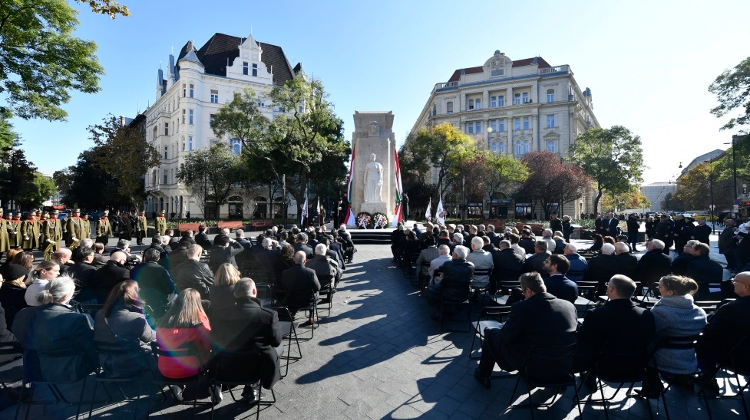 A reconstructed post-WWI monument dedicated to the martyrs of the communist Red Terror in 1919 was inaugurated by Prime Minister Viktor Orbán and House Speaker László Kövér next to Parliament.

“We are commemorating the victims of political terror today,” Kövér said, referring to the assassination of former prime minister István Tisza 101 years ago.

The house speaker said that “the 1,000 or so people who took the entire country hostage after the 1919 communist takeover were driven by angry anti-Christianism, ardent internationalism, an intense hate of the nation, conscious efforts to disintegrate families and false slogans”.

The Hungarian republic of councils, lasting for 133 days in 1919, claimed over 500 victims.

The monument unveiled today replaced a memorial of Imre Nagy, Hungary’s prime minister during the 1956 revolution, which was relocated to nearby Jászai Mari Square earlier this year.