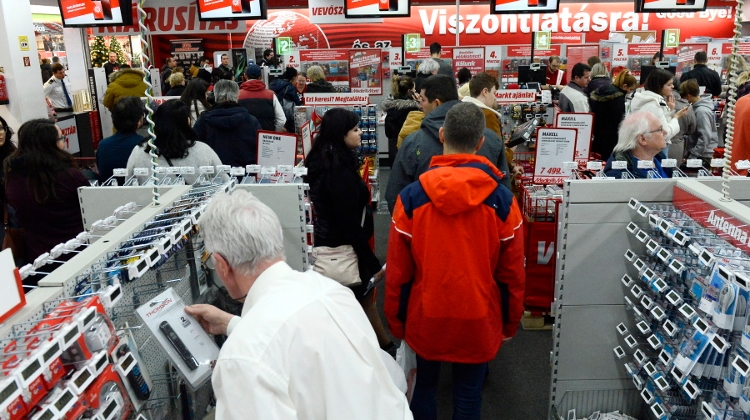 Holiday retail sales in Hungary are set to reach a new record, exceeding 1,200 billion forints (EUR 3.6bn), with over 100 billion forints spent on gifts, the head of the National Commerce Association (OKSZ) said.

Both online and brick-and-mortar retailers exceeded their sales projections at the end of the year, György Vámos told public news channel M1.

The most popular gift items this holiday season again included electronics, toys, books, cosmetics and clothing, he said, adding that shoppers had spent tens of billions of forints on electronics items.