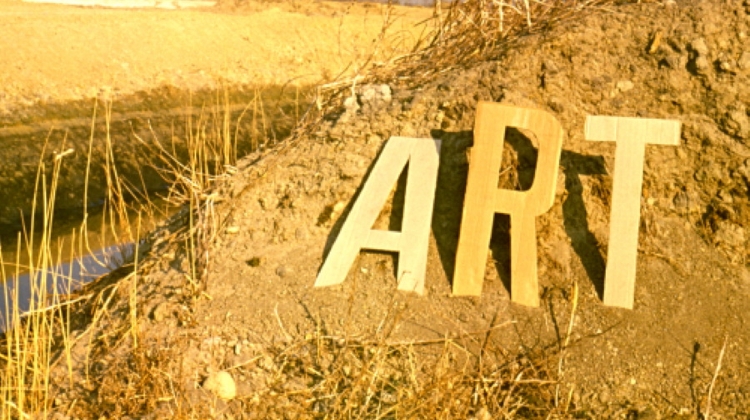 Seen until 17 November. The Bosch+Bosch group was founded on August 27th, 1969, exactly 50 years ago by a band of young artists in Subotica. The collective was the second such circle in the former Yugoslavia.

It is important to note that the group emerged outside the country’s larger centres of art and culture, at same peripheral region that had been influenced by Hungarian activism in the interwar period (Lajos Kassák, Sándor Barta).

In the course of their praxis, members of the Bosch+Bosch group pursued diversified artistic – and partly literary – activities on the boundaries between different branches and genres of art, with the endeavour of expanding these both linguistically and conceptually.

No sooner had their self-organised group come to life than they turned their back on traditional means of expression, boldly and tenaciously exploring the timely paradigms of international art.

Small-town life, the strangely constricted world of the borderland and the lack of institutional infrastructure failed to pave the way to international fame, but they did leave a historically significant mark on Yugoslav “practices of new art”.

In the years and decades following the disbanding of the collective, some of them matured into internationally significant figures of the period (Katalin Ladik, Bálint Szombathy). A great part of the group’s oeuvre has recently been integrated into Hungarian art history, but so far, only fragments of it have been made available to the professional public.

The exhibition also introduces the work of Kôd and the neo-avant-garde groups active in Novi Sad around the early ‘70s.