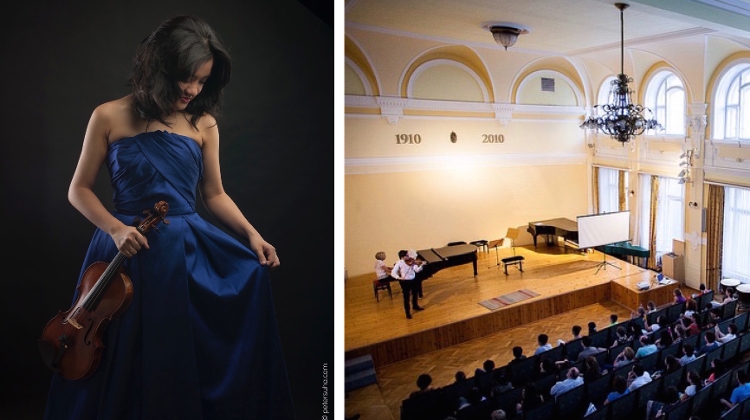 Violinist Miranda Liu, the youngest concertmaster in Hungary, focuses on possibly the most authentic interpretation of chamber music. She has launched the New Millennium International Chamber Music Festival, which will take place from 30 August to 3 September in Budapest at the Festetics Palace, Benczúr Palace and the Chamber Hall of the Old Music Academy, the most emblematic concert halls to host such events.

Performers include: the Central European String Quartet, pianist Tamás Érdi, clarinetist Csaba Klenyán, cellist Bartosz Koziak from Poland and pianist Georgy Tchaidze from Russia. Furthermore, the chamber orchestra Central European Strings will be making its debut, and the most successful musicians of the younger generation will perform as well.

Innovative programs will provide attendees the excellent opportunity to hear sextet and septet masterpieces in addition to the rich duo, trio and quartet repertoire.

The international master classes of the festival are open to musicians of all ages, offering the opportunity to study solo or chamber music repertoire at individual lessons with the teaching artists of the festival.

Students may participate in the festival’s concerto competition to win a prize of a solo performance beside the artists of the festival and make their debuts with the Central European Strings at the festival’s closing concert.

International concert violinist Miranda Liu, born in the USA, studied at the Mozarteum University Salzburg and the Liszt Academy of Music in Budapest. At age 19, she won the concertmaster position of the Concerto Budapest Symphony Orchestra and became the youngest concertmaster of Hungary.

She regards Hungary as her second home, participating in its musical life actively not only as a soloist, a chamber musician and concertmaster, but also as an organizer and initiator of several international projects.

Check out the full programme here.