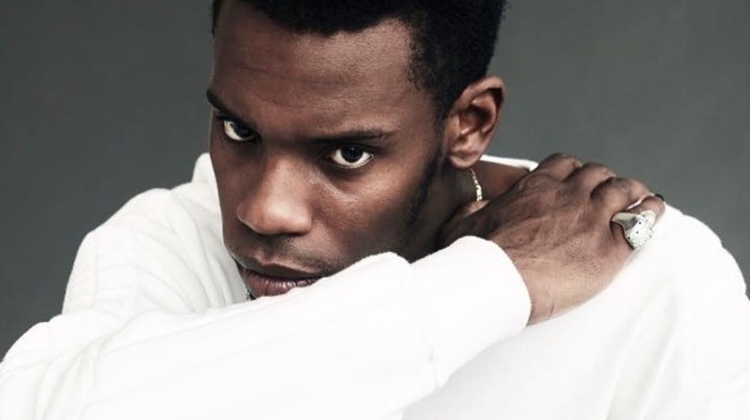 The season’s last Electrify will present Gaika, British rap’s freshest, most provocative voice, the Kansas born musician Huerco S who brought back the nostalgic vibes of airy ambient and Alpár who is a master of wonderful interlocking synth melodies.

Gaika (pictured on top) was brought up in London’s Brixton district with Jamaican and Grenadian blood in his veins.

His futuristic sounds are linked to rnb, hip-hop, dancehall and industrial, and present themes discussing life in the capitalist metropolis, the problems of the rootless life of refugees or the importance of fortifying communities. His latest album released on Warp last June introduced a powerful, rugged voice who presents and rejects decline with chaotic images and heavy sounds.

Since Kansas born Brian Leeds veered from dance music towards ambient in 2016, he has been achieving greater and greater success with his ageless music made of repeating melodies and unbelievably fine and rich textures.

Listening to his projects Huerco S or Pendant is like staring at the curtains swaying by the open window: at first, the movements look repetitive but at a closer look, no two swings are the same. You recognise how the wind changes the movements, how the lights and shadows change with every second and how the observation calms and transports you.

Alpár’s music is a bottomless well of spectacular melodies that one could listen to until eternity. Following a “less is more” principle his evergreen pieces are created by layering just a few intricate analogue synth themes.

It is a wholly romantic sound that follows in the footsteps of the German musical heritage of the Berlin School and Kosmiche styles. Come around and see for yourself how these magical achievements play out at Trafó.

Trafó is the cornerstone of the international contemporary art scene in Budapest, often with English language friendly performances by international acts. Visitors will find balance of domestic Hungarian and international artists performing in various genres – theatre, dance, new circus, music and visual arts. It is also a forum dedicated to social issues and a platform for establishing values and contexts as well as generating new ideas. They say, “performances, concerts, exhibitions, and community and audience-building programmes are accessible to members of any generation who are looking for something new”. Address: 1094 Budapest, Liliom u. 41. Tel.: (+36 1) 456 2040