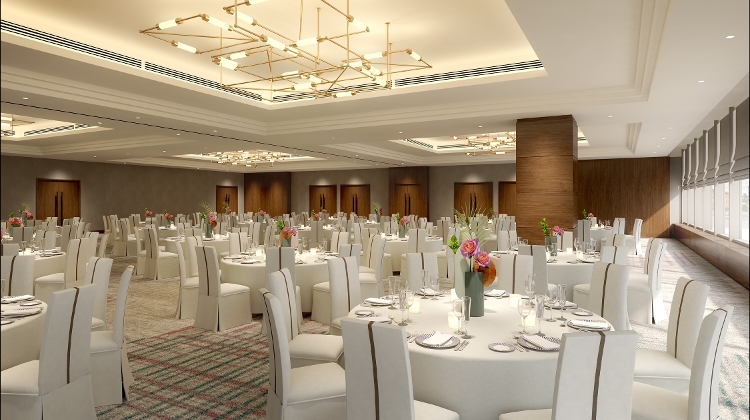 After two months of renovation, Budapest Marriott Hotel’s event floor returns with Bauhaus- and Cubism-inspired inner spaces bringing a new spark to the famous hotel’s life, as it turns 25 years old this year.

Over the summer the hotel’s 1595-square-metre first-floor event space has been completely redesigned and renewed. Besides the existing 11 event rooms of different size and mostly having a wonderful panorama over the Danube, a new event room with an open kitchen called ”Studio Kitchen” has been developed together with a cloakroom and a smaller office room. 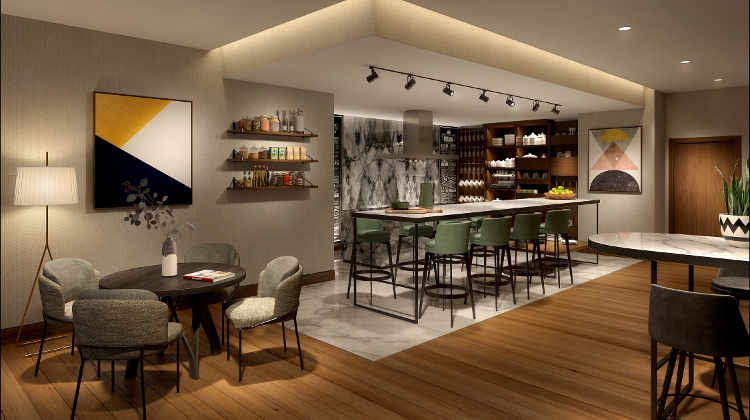 The largest ballroom, with a view of the Buda Castle and the Chain Bridge, is the Grand Budapest Ballroom covering  614 square meters and capable of accommodating 650 people with theatre seating, while the second-largest Liz Ballroom, facing the Elizabeth Bridge and the Gellért Hill, can fit in 350 people with ease. In the foyer area of all the rooms, spectacular high tables have been set to ensure that events run smoothly. The renewed audiovisual services were provided by Special Effects Zrt.

With the reopened event floor on the mezzanine plus the renovation of the 344-square-metre meeting space on the ground floor, DNB Budapest restaurant and Liz & Chain lounge bar in the first two months of the year, the Budapest Marriott Hotel  has become one of the largest and most modern hotel venues of the city, and its one-and-a-half-year reconstruction program has also arrived at its end.

“With the redesign of our hotel, we aimed to create interiors that are inspiring and exciting yet provide an exceptional venue for relaxation,” says Arne Klehn, General Director of Budapest Marriott Hotel. “I can proudly say that we have succeeded: the almost 150 people working in the implementer team did an exceptional job and we are more than satisfied with the results.”

Budapest Marriott Hotel was elected as the Business Hotel of the Year in June and plans to build on this success by remaining one of the most popular event venues in the whole city, not just for professionals but also for private gatherings.