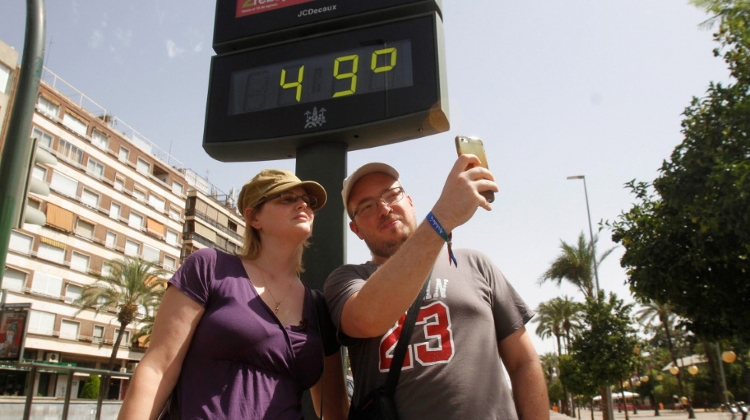 Last year was the hottest year in Hungary since 1901, the weather service said.

Of the ten hottest years, eight have been recorded since 2000 in Hungary, where warming has been slightly above the global average, rising by 1.2 degrees since the beginning of the 20th century, the statement said.

The national daily mean temperature averaged 12.9°C last year, 1.87 degrees above the average mean between 1981 and 2010. The summer of 2019 was the second hottest since 1901, with June 3.6 degrees hotter than the average of previous years and daily records broken both on June 15 and 16.

The hottest day of 2019 was August 12, with 38°C recorded in Derekegyház, in southern Hungary. Record temperatures were witnessed last autumn, with September 1 degree hotter than the average of previous years, October 2 degrees hotter and November 4 degrees hotter.

The weather office said the climate conditions of Hungary fitted the global trend of warming last year, also characterised by extremities in terms of rainfall.