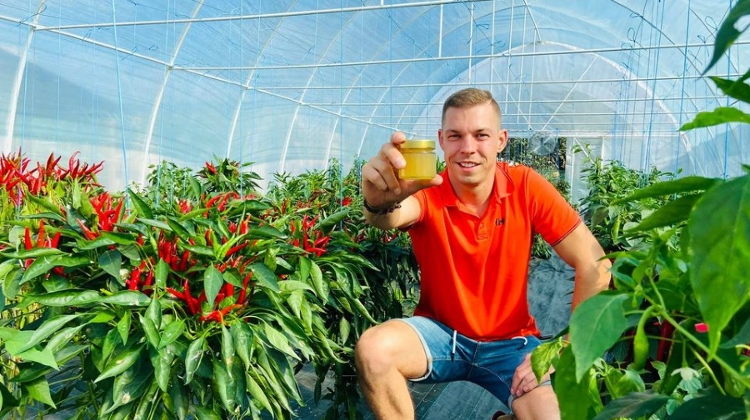 Hungarian chili peppers made in a foil tent in Báránd (190 km east of Budapest) by ChillER Manufaktúra, have won several international awards this year, according to a report by magyarmezogazdasag.hu.

The family business, which began operations in 2017, has won four awards this year, including a gold medal in the honey category of the American Artisan Flave Awards competition with its chili honey.

It also won a bronze medal in the competition with its spicy tomato sauce.

ChillER Manufaktúra produces chili and other related products, sold through its webshop, including sauces, honey, and chocolates.

ChillER grows several different types of chilli, including the famous Carolina Reaper, which was originally developed in South Carolina - in 2013 it was declared by the Guinness World Records as the hottest chilli in the world, according to Origo.hu