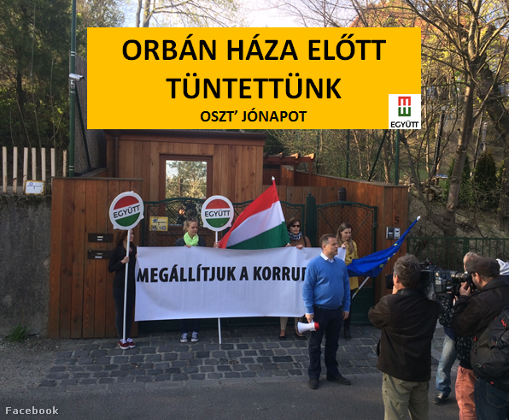 Demonstrations organised outside the house of the prime minister may not be banned by citing arbitrary, unlawful explanations, the European Court of Human Rights ruled in Strasbourg on Tuesday in a case that had been dragging on for seven years.

The Civil Liberties Union (TASZ) represented plaintiff László Póka, a foreign-currency debtor and activist, who announced a demonstration outside the Budapest home of Prime Minister Viktor Orbán on Cinege u. in the autumn of 2013.

However, the Counter-Terrorist Centre (TEK) sealed off the street outside the prime minister’s house. Police then refused to address the demonstrators’ complaint, declaring that the matter was outside the police force’s purview.

The TASZ said the Metropolitan Administrative and Labour Court did not examine whether the police had made a proper decision and did not instruct the authority to examine the demonstrators’ report.

Instead it took over the purview of the police and banned the demonstration, citing a need to safeguard the freedom of movement and privacy of local residents.

Póka submitted a complaint to the Constitutional Court on December 13, 2013, but the court did not examine it until December last year.

It then established that the ban exceeded legal regulations but declared that the complaint had lost its validity, due to a new law on assembly.

The TEK blockade of the street has continued to this day, while protests on Kossuth tér have also been banned, website 24 writes.