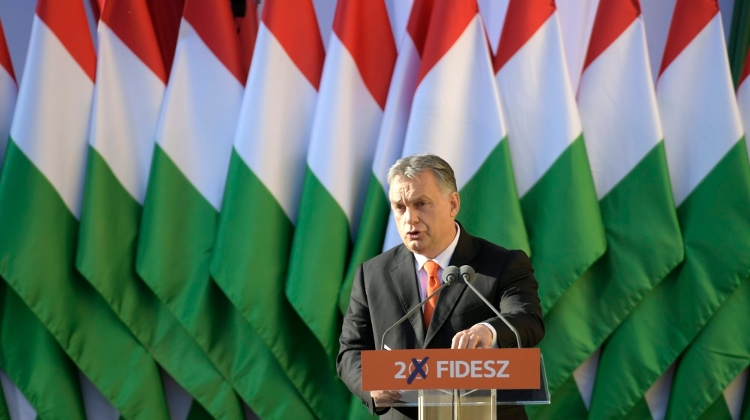 PM Viktor Orbán called on everyone in Hungary to observe the latest coronavirus restrictions after parliament voted to extend the government’s state-of-emergency powers for another 90 days.

“Parliament granted the government enhanced powers, and the restrictive measures will take effect as of midnight Tuesday 10 November,” Orbán said after signing the decrees.

“I ask you all to observe the rules,” he said, announcing that face masks will be made mandatory in all public spaces from midnight on Tuesday - see end of article for details about face mask rules.

Summary of other key points:

* All forms of public assembly are forbidden.

* Hotels may only host business travelers.

* There is a general ban on events.

* Religious gatherings do not fall under the ban (except for weddings and funerals - see below). Religious communities can decide for themselves about their own events.

* Funerals can be held with participants of maximum 50 people.

* Weddings can be held with the participation of just the performer of the service, the marrying parties and their witnesses, parents, grandparents, siblings and related children.

* General family gatherings and private events may be attended by a maximum of 10 people.

* All sporting events must take place without spectators behind closed doors.

* Higher education continues only in an online format, and university dormitories are closed.

* Digital curriculum reintroduced above the 8th grade in high schools (typically for those 14 years old and over).

* Kindergartens, nurseries and primary schools stay open for children under 14.

* Hospital workers, teachers, and nursery and kindergarten staff to be tested weekly.

* And finally, Péter Ovádi, Fidesz MP and Commissioner for Animal Welfare, cleared up any confusion about whether folks can leave home in order to walk their dogs.  In a recent Facebook post he notes that owners may walk their dog after 8pm within 0.5 km of their official residence.

Concerning the curfew and the latest round of restrictions, PM Orbán announced the new measures would be in place for one month, and that he would report back on their effectiveness in two weeks’ time.

“We all like to go to the library, the cinema, the theatre or matches but this is totally secondary right now,” Orbán said.

The Prime Minister noted it was time to take further steps to protect the operations of the country’s hospitals and the lives of the elderly.

“If the results are good, we may be free around Christmas time,” said PM Orbán.

“We will manage it together, if we band together and observe the restrictive measures coming into force in response to the coronavirus pandemic,” Orbán said.

“Once we’re through this, we’ll shift our focus to rebooting the economy,” the prime minister said, adding that the government will enact new relief measures for every economic sector after the 30-day period is up.

On the topic of the “special legal order” that entered into force last week, Orbán said that although parliament was scheduled to debate “dozens of bills including constitutional amendment proposals” over the coming days, “in the West they’ll still say that we’ve become a dictatorship.”

Every person over the age of six must wear a mask:

State Of Emergency Extended In Hungary