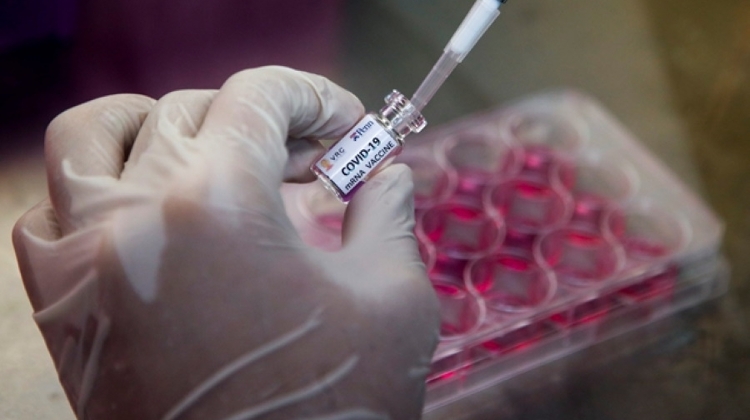 Last week, the pre-registration for the coronavirus vaccine began on a new official government website. However, in recent days, neither the government nor the operative board has been clear on what exactly it means to register at vakcinainfo.gov.hu and whether those who apply will be able to choose from the available vaccines.

At the same time, Hungarians are still quite skeptical of the vaccination.

What does registration mean?

The pre-registration for the vaccination started last week on the official government website vakcinainfo.gov.hu.

However, during the last week, several different and sometimes contradictory statements were released by politicians and the operative board on what registering actually means.

Antal Rogán, the prime minister’s cabinet chief said on pro-Fidesz news channel HírTV’s Bayer show, that “in order to get vaccinated, we also need to know who wants to be vaccinated, because vaccination is only possible on a voluntary basis.

That’s why the registration is open now.” The Minister described the expected course of the proceedings as follows: “Anyone who wants to get vaccinated in the future, should sign up.

Vaccination will not be mandatory, even if someone applies now. If you apply, you will be contacted when the vaccination is here, and assigned to the right place.” However, the minister added:

People can still decide not to vaccinate then. But if they don’t sign up, we don’t know you want to get it, so you’ll be further back in the line.”

At the same time, government spokesman Alexandra Szentkirályi said the vaccination will be voluntary and free, but it will not be given to people in the order of registration, but according to a vaccination plan.

Priority will be given to healthcare workers, those involved in all aspects of frontline work, and chronic patients, she said. She added that if someone signs up, they can still change their mind afterwards if they don’t want to be vaccinated.

Can we choose from the available vaccines?

Various information was also shared about whether those who apply for the vaccine will be able to choose from the available options. National Chief Medical Officer Cecília Müller said last Tuesday at the operative board’s daily briefing that people cannot choose which vaccine to be given, they will be able to ask for what the authorities have approved and what professionals consider effective and safe.

This statement by Müller seemed to contradict the way Viktor Orbán had previously spoken about the choice of vaccine, when he said that “it is easy to be able to bring about the fact that sometime in the spring there will be not one, but two or three types of vaccine in Hungary, and everyone can choose whichever they trust to be vaccinated with,” he said.

In October and then in November, the Prime Minister reiterated this statement: “Hungary has decided to procure vaccines from several places so that Hungarians can decide which one they trust the most.”

However, according to a later statement issued by the Coronavirus Press Center, Müller did not contradict Orbán’s earlier claims. It was promised that as soon as the vaccines ordered from several manufacturers arrived, it would be possible to choose from them.

According to the press center, Müller only spoke about the fact that since the vaccines have not yet arrived, there is no choice between them.

Hungarian television channel RTL once again asked the Ministry of Human Resources (EMMI) whether people can choose from the vaccines, but they have not received a direct answer. EMMI responded that “the government is negotiating with all available vaccine manufacturers” and reiterated that “vaccination will be voluntary and free.”

At the same time, János Szlávik, Hungary’s chief epidemiologist, said that if people could choose from available vaccines against the coronavirus, it would be as if a cancer patient could decide which drug they wanted to use to cure the disease.

According to the physician, this is a professional decision, and doctors need to look at which vaccine is best for the elderly, children, and which, for example, for pregnant women.

The third sensitive issue related to applying for a vaccine that has been raised by several people, is that the vaccination registration website vakcinainfo.gov.hu also offers two types of data management during registration.

The data management information sheet states that in the first case the data of the applicant will only be sent to the National Health Insurance Fund Manager (NEAK).

However, by ticking the second option, the registrant agrees to be contacted by the Cabinet Office of the Prime Minister, for example for consultation and information.

The data of those who tick the box that they want to be contacted later, will be managed by a company called Idomsoft, which also runs the election system software.

Therefore, the government-critical media and NGOs slammed the assessment saying that it could serve as another government data collection.

Hungarians are skeptical of vaccination

Overall, it is not surprising in view of the different, sometimes even contradictory statements concerning the vaccination that many people would rather choose to wait until the vaccination starts or proves to be safe before registering for a vaccine.

Even though in the first day of registration more than 100,000 people applied, Hungarians are still skeptical of the vaccination.

Although experts and politicians both warn that the vaccine will be the best – and probably the only – solution in the long term, the acceptance of coronavirus vaccines among Hungarians is only 20-36 percent, according to a representative poll conducted by the Publicus Institute on behalf of leftist daily Népszava, even though both Hungarian and foreign experts warn that as long as at least 60 percent of the population is not vaccinated, people will still be at risk.

In addition, Hungarians have less confidence in Russian and Chinese vaccines (20-21 percent) and would rather vaccinate themselves with American or European-developed drugs (31-36 percent).

Covid: Over 100,000 Register For Vaccine On First Day In Hungary

Covid: Vaccinations To Be Voluntary & Free Of Charge In Hungary