Covid: Vaccinations To Be Voluntary & Free Of Charge In Hungary 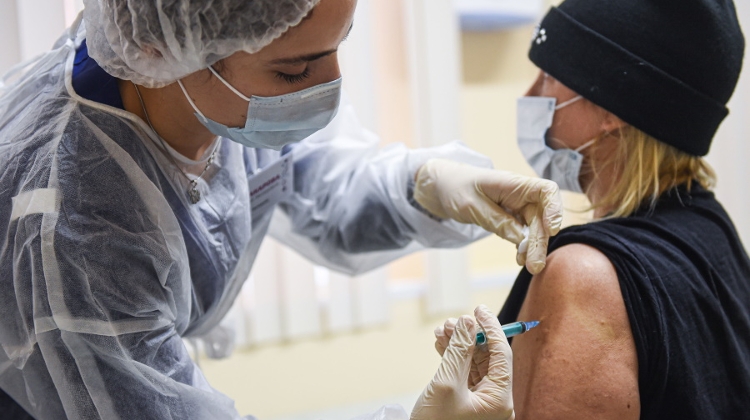 The Hungarian government is committed to providing voluntary and free vaccination against the coronavirus, the head of the Prime Minister’s Office told a regular press briefing on Thursday.

Gergely Gulyás said anyone who wants to get vaccinated should register at vakcinainfo.gov.hu. Registration forms will also be delivered by post from Friday, he said, adding that registration will be used to gauge the demand for the vaccine.

The first doses of vaccines are expected to reach Hungary at the end of this year or early next year, and frontline workers and the elderly will be the first to be inoculated.

Gulyás said it was too early to tell whether the epidemic had peaked in Hungary, adding that the government hoped infections had flat-lined and fatalities would start to fall soon.

The number of hospitalised coronavirus patients is still below 8,000, and ICU beds are still available, he said.

Hungary, he said, was now among the countries conducting the most tests. Teachers and health-care workers have been tested in two rounds, and this week is dedicated to the testing of public servants, all of whom will have been tested by January at the latest.

Gulyás noted that the government had extended coronavirus-related restrictions until Jan. 11, and will decide on special measures for the Christmas period on Dec. 21.

Meanwhile, assessing the results of elections in Romania, he congratulated the Democratic Alliance of Hungarians in Romania (RMDSZ) and its leader for achieving good results “in an extremely difficult and completely unique situation”.

He added that despite an “anti-Hungarian party also making its way into” Romanian parliament, it would be impossible to create a central-right government majority without the RMDSZ today. “So the party will play a key role in coalition talks.”

On the topic of public sector wage hikes, Gulyás, the prime minister’s chief of staff, told the press briefing that no decision had emerged yet, pending a possible agreement on a minimum wage increase.

By 2022, a nurse will earn two-and-a-half times their wage before 2016, and sector wage hikes in this government term will have added up to 72 percent, he added.

With the extension of the current special legal order, sectors most affected by the coronavirus crisis will continue to receive wage subsidies. As well as a holiday on employee contributions, the state is paying half of wages, he noted.

Regarding the government’s decision to ban local councils from raising taxes, Gulyás said the rule applied to Fidesz and opposition-run municipalities alike, and the government would take firm action to stop any council from attempting to bypass the rule.

In response to a question in connection with former deputy state secretary János Nagy, who is suspected of graft, Gulyás said all state contracts involving Nagy should be reviewed and, where possible, terminated immediately.

On the subject of Fidesz’s membership of the European People’s Party, Gulyás said Fidesz had the option of gaining membership of several political party families or of staying in the EPP.

“For now, we want to clarify our relationship with the People’s Party,” he said, adding that if the outcome were positive, then Fidesz would remain a member.

“If not, the Conservative party family would be an obvious alternative,’ he said. He insisted that the EPP needed Fidesz more than the other way around.

“We’re glad to help the People’s Party if there’s a need for that, but if there isn’t, of course there are other alternatives.”


Photo - for illustration purposes only: Northfoto.com

Covid: Over 100,000 Register For Vaccine On First Day In Hungary