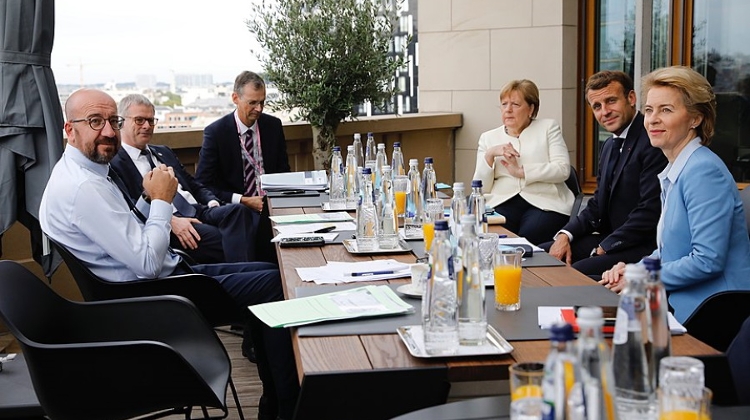 Commentators on Left and Right ponder the broader implications of the EU’s rule of law conditionality. Most importantly, they try to gauge how and when it could be used against Hungary.

Néző notes that while George Soros sees the deal as a defeat of the critics of Prime Minister Orbán, ‘his vassals’, the Hungarian opposition claim victory.

The pro-government commentator thinks that George Soros’s outrage is a clear indication that he sees the EU as an “ideological playground” that he can easily dominate.

Néző goes on to claim that Mr Soros lost a battle, but he has not yet lost the war. He recalls that Věra Jourová, Vice President of the European Commission for Values and Transparency has called on the EU court to decide on future rule of law cases in expedited trials.

All this, Néző suspects, foreshadows tough fights between Hungary and the EU.

On Mandiner, Gergely Dobozi finds it outrageous that Věra Jourová ordered the EU courts to speed up future rule of law trials.

The conservative pundit believes that Ms Jourová’s statement violates the independence of courts, and also shows that the EU wants to use the rule of law conditionality to exercise political control over member states.

Dobozi suggests that expedited trials will compromise the quality of EU court rulings.

Writing in the same media outlet, Dániel Kacsoh lambasts the opposition for hoping for help from the EU, “the imperial centre”.

The pro-government commentator thinks that if they win the election in 2022, the opposition will become a servant of the West – be it Joe Biden or George Soros.

Prime Minister Orbán, however, has again proved that Hungary can achieve the aims she sets herself.

Magyar Hang’s Péter Hajdú is not at all surprised that the EU offered a deal and finally approved what Hungary and Poland wanted.

He thinks that rule of law conditionality is important for the EU only as long as it doesn’t harm the interest of German and other multinational companies.

After all, the EU is still grounded on business interests rather than common values, Hajdú concludes.

On Portfolio, Attila Weinhardt wonders how rule of law conditionality will be implemented. Even if the EU follows Věra Jourová’s suggestion, it is close to impossible to conclude a procedure against Hungary before the 2022 April Parliamentary election, Weinhardt thinks.

Bakó, however, acknowledges that it is very unlikely that Hungary will be punished before the 2022 election.

And even if it were, and the EU withheld funding for the violation of rule of law, Prime Minister Orbán could use the opportunity to accuse the opposition of betraying their country, and also to financially squeeze opposition-led municipalities.

In Népszava, former MSZP leader Ildikó Lendvai describes the Left’s hope that the EU will finally punish and contain Prime Minister Orbán as pie in the sky.

She thinks however that Prime Minister Orbán merely won a battle, but lost the war as the rule of law conditionality will be implemented, even if later than originally planned.

Lendvai calls on the Hungarian opposition to set up a shadow organization to unveil and report corruption and rule of law violations.