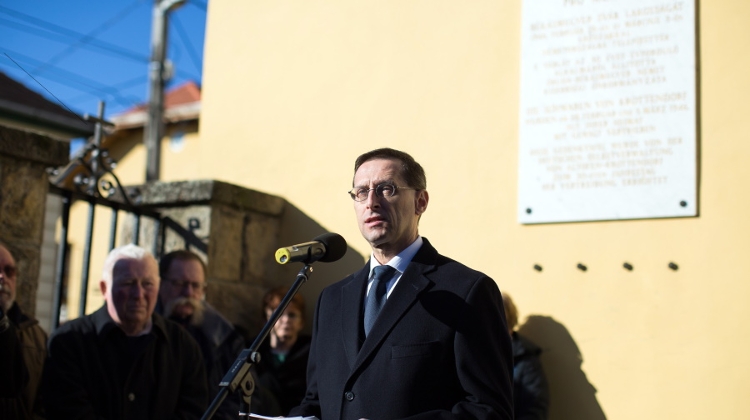 Hungary is in talks on the issue of a three- to five-year “green bond” with investors in Japan and China, Finance Minister Mihály Varga said in an interview published on business news website mfor.hu.

“We’re currently in talks on the green bond in two markets, in Japan and in China. There is stronger interest [in Japan] where a number of players have appeared as partners for an issue. We’ll launch this year; the framework will be established by mid-year on the basis of which we can decide the issue scale of such a security.

We’re thinking of a three- to five-year maturity, and we’ll use the proceeds to finance investments that specifically protect the climate,” Varga told mfor.hu.

Prime Minister Viktor Orbán announced the launch of the green bond that will be used to finance climate-friendly programmes in the framework of a climate protection action plan unveiled at an annual state of the nation speech earlier in February.

Varga told mfor.hu that the government is also weighing the possibility of making the green bond available to resident retail investors, but he said the securities would first be issued to institutional investors.

Varga confirmed that a new government security targeted at Hungarians saving for retirement would be launched this year.

“We want to launch a kind of construction that draws [retail] investors with more favourable conditions, getting them to buy the securities sooner, at a younger age. We want to ensure favourable yields…[and] sufficient flexibility allowing savings to be topped up at any time, based on the needs of the client,” he told mfor.hu.

Asked about the term of the bond, Varga said the government had “not wound up consultations on the matter of, for example, allowing access to the savings after a period of ten years, similar to the practice of pension funds, or only after the investor reaches retirement age”.

Commenting on the impact on the retail investment market of the government’s popular Plus bond, Varga said the overall effect had been “positive”. Strong demand for the Plus demand has reduced price pressure on the real estate market and supported a better balance between supply and demand, he explained.

Responding to criticism that the high-yield bond had hoovered up retail savings from other banking sector products, Varga said banks are free to compete with the Plus bond.

“The goal is not to cannibalise the market and suck up all the money, rather it is to further improve the competitiveness of the economy and strengthen the foundations of growth by increasing savings,” he said.

“If more people make savings, that’s good for banks, too,” he added.

Varga said the earlier announced goal of raising the outstanding amount of retail government securities to 11,000 billion forints (EUR 33.3bn) in five years could be achieved before the 2023 target date.