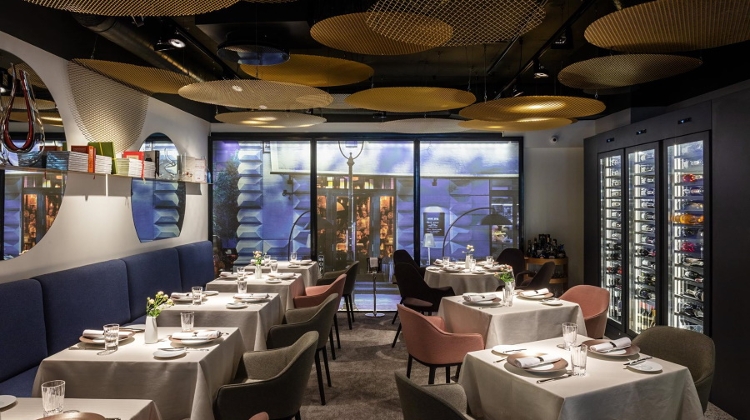 The Volkswagen Restaurant Dining Guide Awards were held on Monday, February 24th, at which the prestigious Hungarian restaurant guide announced which restaurants are considered the best in the country.

At this year’s Gala, Fausto Arrighi, the retired Italian director of the Michelin Guide, who spent 36 years at the world’s largest and most respected restaurant guide, helped decide the ranking.

The grand prize was once again given to Stand, led by chefs Tamás Széll and Szabina Szulló. The restaurant, which opened two years ago, also won last year’s award, preceding Onyx, the only restaurant with two Michelin stars in the country.

The Dining Guide traditionally evaluates restaurants on how they meet the standards of fine dining. They have also included restaurants which are not considered “classic” fine dining restaurants, but rather have a progressive menu and a more informal style and service.

The Volkswagen Dining Guide included 12 restaurants on this year’s list and in addition to the Restaurant of the Year Award, they have also awarded 11 special prizes as well.

Three new special awards were also announced this year. The first green award of the Dining Guide, the Römerquelle-sponsored Sustainability Prize, was awarded to a restaurant that works outstandingly throughout the year to rediscover forgotten ingredients in the area and implement the true farm-to-table concept.

Richárd Farkas, the chef of the Pajta Restaurant in Őrszentpéter, the winner of last year’s Young Chef Talent Award, received the Sustainability Prize this year. The Rural Restaurant of the Year Award was inspired by the fact that there are now several restaurants around the country that can compete with the restaurants of the capital. ‘Anyukám mondta,’ which we also visited recently, took home the prize.

Hidden off the main road of Encs, the restaurant was set up by the Dudás brothers in 2008 after they worked in Italy, with Szabolcs Dudás as head chef and his sibling, Szilárd, running the front.

The former street food award’s rebirth, the Alternative Restaurant of the Year Award has been awarded this year to the team of Freyja – the croissant story, while the best pastry-shop for the third time is Mihályi Patisserie.

Chef Ádám Mészáros, head of the only two Michelin-starred restaurants in Hungary and the Central European region, has won one of the Dining Guide’s most prestigious awards, Chef of the Year.

The top 10+2 restaurants in Hungary include the Arany Kaviár restaurant, which is celebrating its 30th anniversary this year, and the new addition to Hungary’s Michelin-starred restaurants, Babel, whose chef István Veres has won the Bocuse d’Or national final this year as well.

Four top chefs doubled in the lead this year, as Ákos Sárköz won both with his Michelin-starred Borkonyha and the Textúra restaurant, just like Miguel Vieira, the chef of Costes and Costes Downtown.

Two new and highly successful restaurants have also made the top 10+2 of the 2020 list: SALT Restaurant, led by Szilárd Tóth, which immediately became the favorite of the gourmet audience and also won the Innovative Kitchen Award of the Year; and Pasztell, led by János Erdei and Nicola Portinari. Pasztell is also the winner of the Most Promising Restaurant of the Year category.

The chef pair of Szabina Szulló and Tamás Széll also won two prizes at the award ceremony: both with the Michelin-starred Stand Restaurant and the Michelin Guide Bib Gourmand-recommended Stand25 Bistro. This year’s grand prize and the biggest recognition at the Gala, the Restaurant of the Year Award, was received by Stand for the second time since its opening.

The head of the international professional jury, Fausto Arrighi, said of his experience of the Hungarian culinary world: “I have seen some movement in Hungarian hospitality in the past four years, but I expect further development in the coming years to truly bring the reputation of Hungarian quality hospitality to the world.”