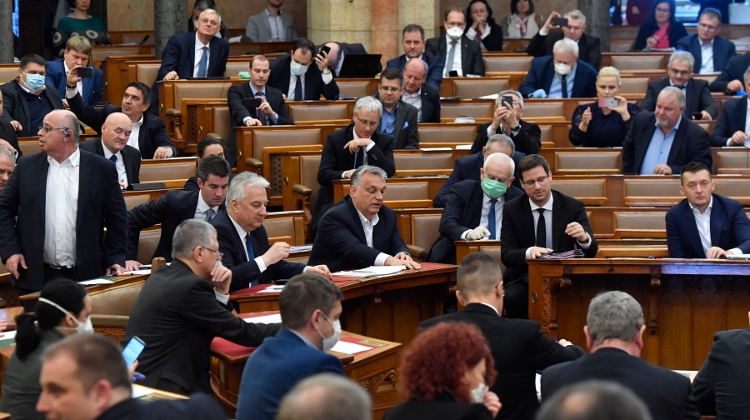 President János Áder on Monday signed the law that grants the government enhanced powers to contain the spread of novel coronavirus.

Among the measures, flouting quarantine regulations is punishable by up to three years in prison. Also, anyone who disseminates fake news or distorted information in a way that obstructs the effectiveness of the response to the epidemic is a crime punishable by 1-5 years in prison. The bill passed with 137 votes in favour and 53 against in a fast-tracked procedure.

In a statement, Áder said the law accorded with the constitution and did not infringe on any international agreement.

Regarding opposition objections to the “lack of time limits” on the government’s enhanced powers, Áder insisted the new powers were not open-ended and would only last until the end of the epidemic.

As for the contents of the law, Áder said the government’s powers were limited to preventing, handling and eliminating the spread of the epidemic, as well as to mitigating its effects.

Parliament still maintains oversight, and the government is obliged to brief lawmakers about measures taken, he noted, adding that once the epidemic is over, parliament will be responsible for deciding any special measures.