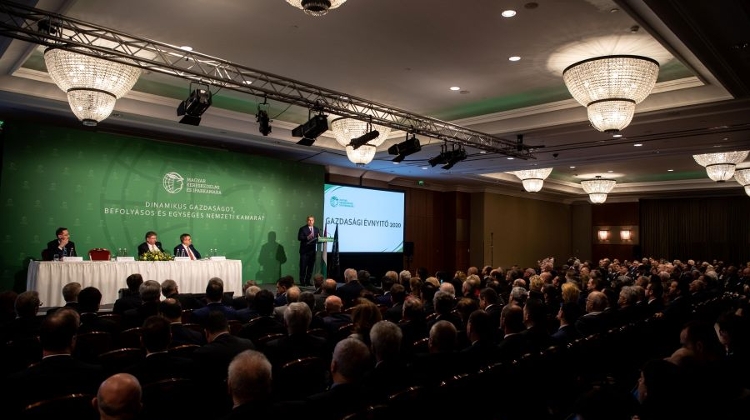 China, he added, took 5-6 months to slow the virus down, which for Europe would mean the epidemic would last until the peak of the tourist season in July.

Speaking at an event organised by the Hungarian Chamber of Commerce and Industry (MKIK), the prime minister warned that preparations must be made for “brutal changes”.

“If all we do in the next ten years is as much as we did in the past ten, then we will be ruined,” he said. On top of that, Brexit carries with it industrial policy considerations, Orbán said.

The associated fallout contained elements that may badly affect Hungary’s competitive advantage, he added. Among the achievements, Orbán noted consistent deficits of below 3% of GDP since 2012, while public debt has been pushed down to 66% of GDP.

He said this would soon fall below 60%. The prime minister said the government aimed to eliminate foreign currency debt and finance Hungarian government debt in forints.

Orbán praised the Hungarian central bank’s monetary policy, saying that in 2019 spending on servicing debt had declined by 900 billion forints compared with 2012.

The prime minister said the government’s success over the past ten years rested on a number of factors, including economic policymakers who were brave enough to take risky measures such as repaying IMF debt, thereby regaining the confidence of economic players and foreign investors.