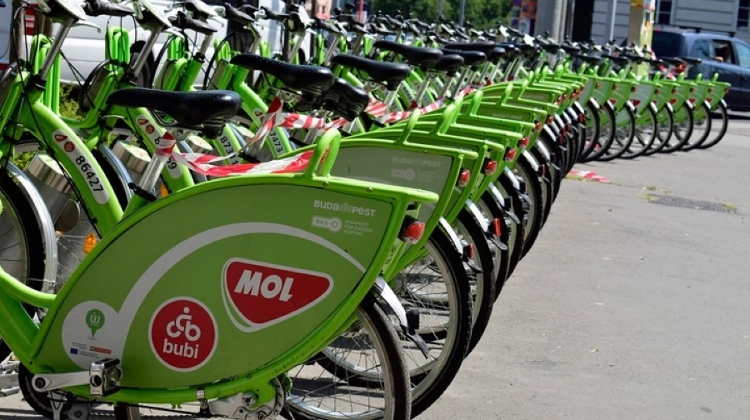 MOL Bubi public bicycles have seen a spike in use since the monthly pass fee was reduced to Ft 100 on March 16, the Budapest Transport Centre (BKK) announced.

The bicycles have been used more than 37,000 times since that date and 60% of the users are newly registered in the system.

The increase in usage is 20% compared to previous years.

This mode of transport is particularly recommended in times of epidemic risk, as exercise boosts overall health, strengthening the immune system, and maintaining mental health, the BKK added.

During the pandemic, bikes and collection stations are disinfected more frequently than usual, however, extra caution is desirable, so users are advised to wear gloves and wash their hands before and after the ride.