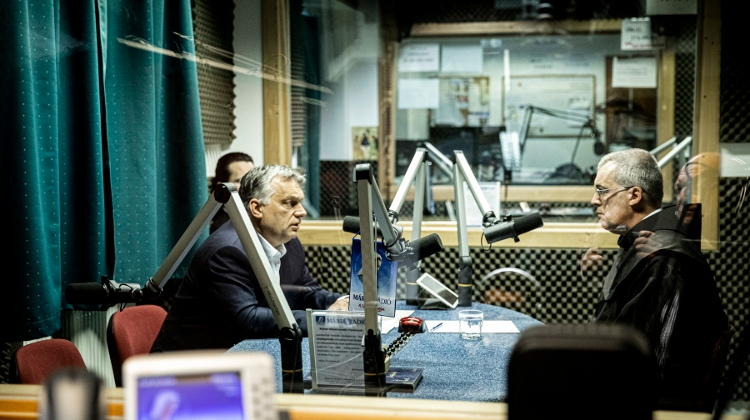 The government will replace restrictions on movement with different regulations after the first phase of coronavirus containment effort ends at the end of next week, opening the door to a gradual return to normal life, Prime Minister Viktor Orbán said on Kossuth Radio’s program "Good morning, Hungary", according to a report by kormany.hu.

Orbán said that in the second phase, normal life can gradually be resumed in Hungary on the basis of a strict timetable, stressing that a condition of this is to ensure that they can duly protect those most at risk – the elderly, persons suffering from chronic diseases and those living in big cities – also during the phase of restarting normal life. He added that special regulations for persons at risk will be crafted before the end of next week.

The Prime Minister said that Hungary is closely monitoring Austria’s timetable, where shops, schools and museums are gradually reopening.

"They are perhaps moving ahead a little faster than Hungary should, according to what my instincts dictate," Orbán said. He warned that Hungary should follow in their footsteps “at a fair distance”, noting that “we should not proceed as fast as the Austrians, but should not fall back far behind”.

Regarding expected rules applicable to big cities, he said, on the whole, the possibility of giving special powers to mayors to tighten the restrictions in place has worked, so the government will issue a decree for every weekend in which it will vest the leaders of settlements with such powers.

However, after May 4, general rules will have to apply. At the same time, if a settlement is “special” or has specific features for any reason, the mayor will have the authority to create specific local rules, Orbán said.

Speaking about vacating hospital beds for coronavirus patients, he argued that the government must create the opportunity for not having to surrender a single patient’s life.

"If we do not want to live locked up bunker-style until the end of our lives, or until a vaccine is discovered – the date of which is totally uncertain – […] we have two possibilities: either we manage to restart life, or ʼthere could be surprisesʼ,” he said, adding that if the virus breaks loose during the to normal life, then Hungary would suddenly need tens of thousands of hospital beds and thousands of ventilators.

Orbán said that the responsible thing to do is to create the hospital capacity which could be required in the event of a worst-case scenario.

Coronavirus: Hungary’s Exit Plan To Be Outlined On May 3rd

Hungary Ready To Start Reopening Economy In May