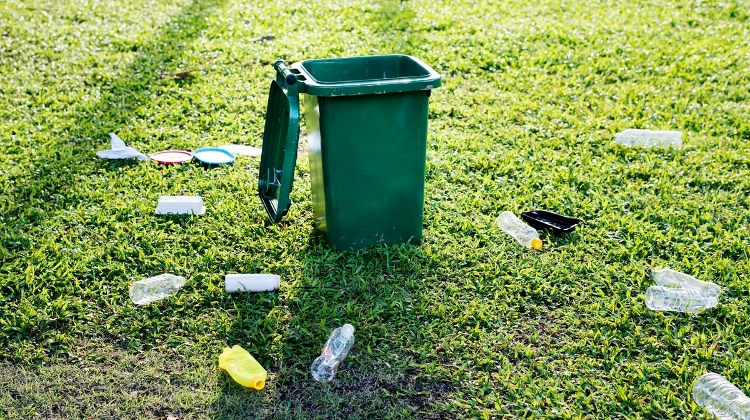 A woman was issued a Ft 200,000 fine yesterday for violating lockdown rules by organising a refuse collection drive on a street in the village to mark Earth Day.

The woman, an Index reader identified only as Szilvia, began to collect waste with her mother and another helper in the northeast Hungary village of Nyírlugos on Wednesday at around 8.30 a.m.

All three wore masks and rubber gloves and observed the 1.5-meter social distancing minimum, she said.

As she had announced the rubbish collection drive on Facebook, police arrived within ten minutes and called on them to stop collecting the refuse.

Eventually, they took the woman to the local police station, where she was confined in a room for 40 minutes before she was released and ordered to pay a Ft 200,000 fine.

The woman said she does not want to pay the fine, and even if she did want to, she could not pay it.

The fine can be changed, according to the ruling, to 40 days in jail or 240 hours of community service.