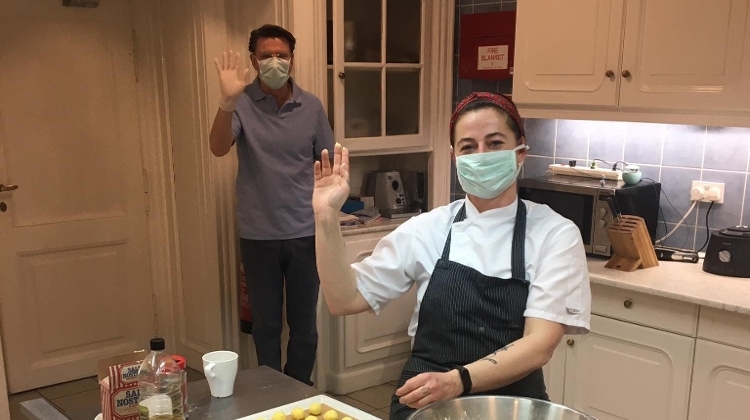 Back in March as the pandemic was unfolding, Hungarian chef Márton Keve came up with the concept of “Etesd a dokit!” to help local health care workers eat decent meals during the Covid-19 crisis.

This idea was quickly shared with the British Chamber of Commerce in Hungary, and Her Majesty’s Ambassador Iain Lindsay OBE, who have helped spread the word about the campaign, known in English as 'Feed the Doctor'.

"Oliver Strommer, our Executive Director, found this a very worthwhile cause and we acted straight away.

Often the public are unaware of the stress and hardship that frontline workers are under, for them to have at least one nutritious meal donated by well wishers really helps.

A huge thank you to those have donated. The support is far from finished and hopefully XpatLoop’s readers will help as well."

BCCH launched an appeal to raise funds to help front line health workers via this project, which by now has become an almost nationwide network thanks to Márton Keve's initiative and hard work.

They began to cook for healthcare folks who didn’t have the time, and probably not the energy to do so. Deliveries started with some 130 portions packed into just one car. 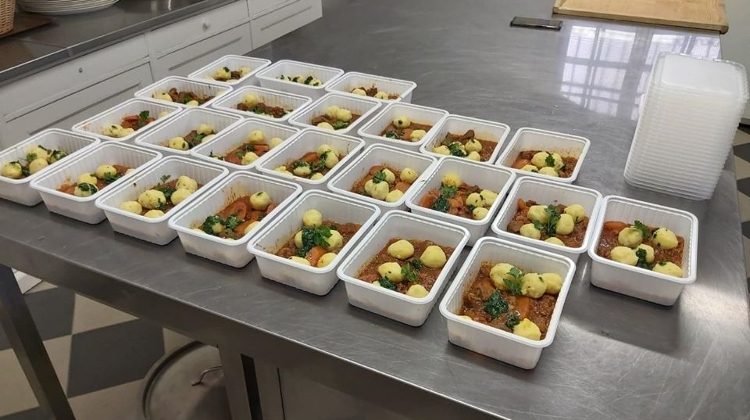 The food itself wasn’t typical canteen cuisine, as this example of a delivered dish shows: orange sweet potato soup with paprika oil and black torma leaves.

Eventually this team was sending regular special menus to the premature ward of the Military Hospital and St. John's Hospital, the emergency department of Sándor Péterfy Street Hospital, and the internal medicine department of Semmelweis University II.

The goal of Márton, a chef at Easy Wine Budapest, was to cook delicious yet nutritious healthy food of high quality. Now funds are coming in the menu is developing, adding chicken liver and beef neck, along with a lot of vegetables, and fruits, and some cheesecake.

The “Feed the Doctor” team grew to include a logistics team working hard in the background with a daily operational staff. Supporters of “Etesd a dokit!” (#etesdadokit) include major companies as well as smaller firms, plus organisation like BCCH and IHBC with expats joining in with the good cause via fundraising.

In such troubled times we can choose to sit back and feel sorry or instead do something to help. In this case the food delivery not only nourishes bodies but also minds as those on the front line can see others do care about them too. Many congratulation to all who have helped with this in so many different ways. 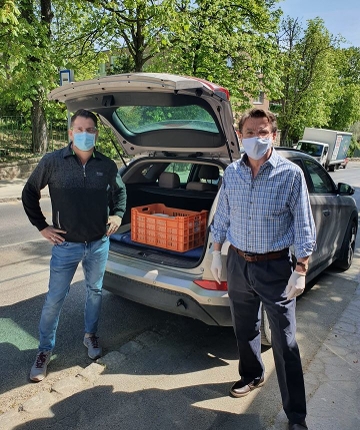 “I am delighted that the British Embassy has joined the British Chamber of Commerce in Hungary to support the “Etesd a dokit!” campaign, to support our healthcare professionals at this time of heightened risk and stress by providing them with a nourishing food they need to keep going.

We at the British Ambassador’s Residence have provided support by cooking meals for delivery to healthcare workers at Szent László hospital where medical staff tried their very best to save the life of my late deputy, Steven Dick as he fought against this terrible virus.

This is a small, but an effective way in which we can say thank you to these brave healthcare staff.”

By Russell Skidmore for XpatLoop.com
After an extensive career in advertising as an Art Director & Creative Director in London, Paris and Budapest for leading agencies, he transferred the skills and knowledge gained to his own successful company covering wedding, event, PR & portrait photography. Visit his FB page here.