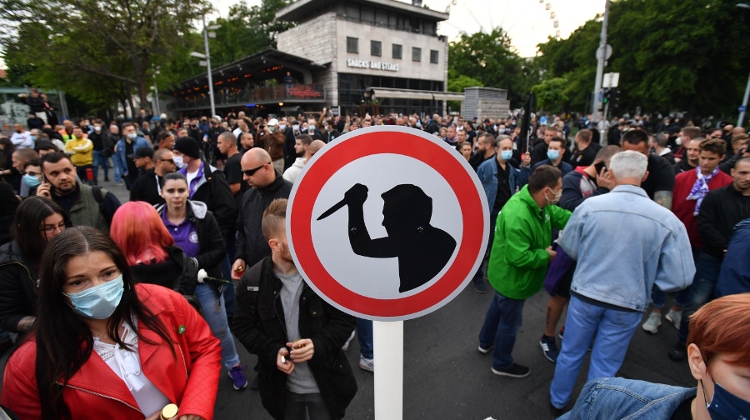 A pro-government and an alt-left commentator in Hungary offer diametrically opposed views on the causes of racial segregation after the radical right-wing 'Our Homeland Movement' rally to protest against what they define as "Gypsy crime".

Recently the radical right-wing Our Homeland Movement organized a demonstration in downtown Budapest to protest against ’Gypsy crime’ and remember the victims of last week’s stabbing.

The police refused to permit the rally, but hundreds of demonstrators gathered anyway at the offices of the National Roma Council and marched to the scene of the stabbing where a larger crowd had gathered to remember the two victims. The police confiscated billboards and flags, checked the identity of 72 demonstrators and launched prosecutions against 8 of them.

He maintains, nonetheless, that a brutal ghetto culture is more common among poor Roma than elsewhere in society.

Szarka goes on to allege that compensation to be paid to Roma children educated in segregated schools in Gyöngyöspata is seen by anti-social Roma as an encouragement.

He claims that as a result of the ’lenient stance’ of human rights activists, anti-social Roma have become even more aggressive.

Without mentioning the fact that police banned the demonstration and prosecuted several participants, Pósfai accuses the police of turning a blind eye to the illegal rally.

The alt-left columnist fears that racist rhetoric and anti-Roma hate-mongering may at some point mutate into violent acts against Roma individuals.

He believes that the serial murders against Roma ten years ago were also motivated by the spread of ethnic stereotypes.

Pósfai adds that the non-Roma majority has still not acknowledged its collective responsibility in the murder of Roma families.

Pósfai goes so far as to claim that Prime Minister Orbán is personally responsible for the mainstreaming of anti-Roma racist talk, because the Prime Minister criticized the court ruling to pay cash compensation to Roma families whose children were educated in segregated classrooms in the city of Gyöngyöspata.