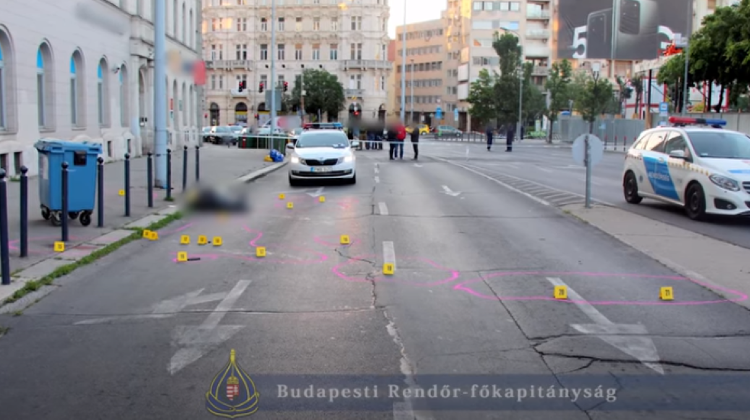 A fight ended with the death of two young men on Deák tér in downtown Budapest early Friday morning.

Reports indicate that two groups of young men started a fight on Friday, at around 3:30 a.m. on the downtown square.

The two stabbing victims, both young men, died on the scene.

The perpetrators fled the scene and threw away the knife. It was found under a car on nearby Paulay Ede utca.

The fugitives were captured on Nyugati tér ten minutes after the police had arrived at Deák tér.

Police published a video of the arrest of the perpetrators and the crime scene investigation.

Budapost.eu notes that most of those involved in the fight had police records for drug-related crime and hooliganism, adding:

On Pesti Srácok, Botond Bálint calls for zero tolerance for violent criminals. The pro-government commentator wants to make sure that offenders involved in brutal crimes can never return to society.

(According to current Hungarian criminal law, offenders younger than 20 cannot be sentenced to life imprisonment.)

Bálint scorns liberal principles on crime and drug policy, claiming that anti-social individuals, no more than one hundred thousand in the country, a fraction of the Roma minority, he writes, can only be made to respect basic norms by strict punishment and policing – rather than by being portrayed as victims.

Népszava’s Tamás Koncz attributes the murder to the failure of the police. The left-wing columnist writes that there were no police patrolling in downtown Budapest.

Koncz also finds it nauseating that the police in their report underscored that both the offenders and the victims had a police record, by which, according to Koncz, the police wanted to suggest that the horrible crime was the business of criminal gangs rather than an important social issue.

Koncz concludes by claiming that the authorities could prevent such crimes, and the police have the capacity to do so.