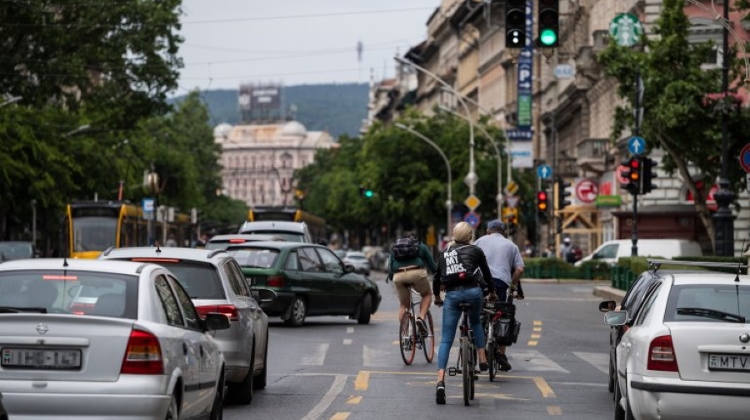 Half of Budapest residents believe that bicycle transportation should be developed, in a way that does not disturb car drivers, according to a new survey by the Publicus Institute commissioned by Népszava.

Temporary bicycle lanes have been added along most of the Nagykörút, limiting cars to one lane.

The researchers asked a representative number of 1,000 people at the end of May about the newly created bicycle lanes in Budapest.

18% said that development of bicycle transport is fine even if it disturbs car drivers.

Another 29% said it is acceptable to restrict car transportation in some places, but in most places bicycle transportation should be developed in a way that does not disturb drivers.

Another 47% said bicycle transportation should be developed only in a way that does not disturb drivers.