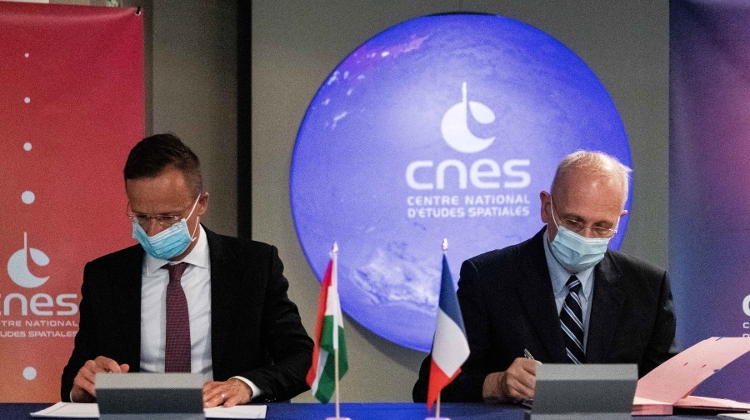 Foreign Minister Péter Szijjártó praised close cooperation between Hungary and France in the areas of energy security and the fight against terrorism, at an online press conference in Paris.

After talks with Jean-Yves Le Drian, his French counterpart, Szijjártó said that the two countries see eye to eye “over a number of important international political issues”, and are working together to achieve “certain goals”.

Nuclear energy is crucial for both countries, and they “consider it as a violation of their sovereignty if an external party attempts to dictate what energy supplies they should prefer”, Szijjártó said. Such decisions, he insisted, must remain a national competency.

He added that the two countries are fighting jointly against the “negative discrimination around nuclear energy”. He also noted the “very important roles” of France’s Alstom and Framatome companies in the upgrade project of Hungary’s Paks nuclear plant.

Hungary and France are in close cooperation in their fight against terrorism, Szijjártó said, adding that terrorism was one of the factors triggering migration.

“Once we succeed in the fight against terrorism we will be able to close down the migration routes to Europe or at least reduce the pressure of migration,” Szijjártó said, adding that Hungary’s focus was on a route across the Western Balkans, while settlement in Libya was a priority for France.