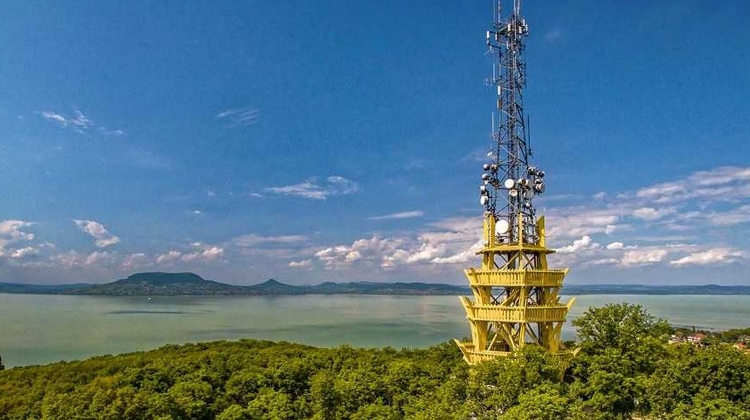 The 'little brothers' of the Tapolca Basin old volcanic hills are the Castle Hill (233 m) and Sipos Hill (207 m).

The rock of Castle Hill here is solidified basalt, the result of earlier volcanic activity around 'The Hungarian Sea'.

To climb to the top of Castle Hill to enjoy an exceptional view of the lake, pass the Roman Catholic church on Church Street (Templom utca) to reach Kossuth Forest where there is a memorial in honour of the fallen in World War II.

From here Edison Street leads to the Castle Hill forest where there are even, equal-age Turkey oak trees ringed by acacia, downy oak and small leafed linden trees.

In addition to the ground protective shrubbery at the highest elevation of the hill there are also fine examples of ancient Turkish oaks. The forest is protected in order to preserve the greenbelt area as well as the landscape.

Initially, the area gently rises but then there is a steeper section where steps make the journey to the top a little easier.

The most beautiful panorama of the southern shore of Lake Balaton awaits visitors from the Berzsenyi lookout at the peak or from the edge of the peak.

Visitors may marvel at the old volcanic hills on the opposite shore, while in clear weather visitors can see virtually the entire shore from Keszthely to Balatonkenese.

At the peak the remains of a moat of an earthen redoubt from the Iron Age can be explored.

By railway Fonyód is served directly by express and IC trains from Budapest, Székesfehérvár, Nagykanizsa, and Keszthely. If arriving from Southern Transdanubia, change at Keszthely.

Local Volán buses serve Fonyód from Siófok. A bicycle route stretches from the harbour all the way to Balatonszárszó.

By car take Route 7 which cuts through the settlement.