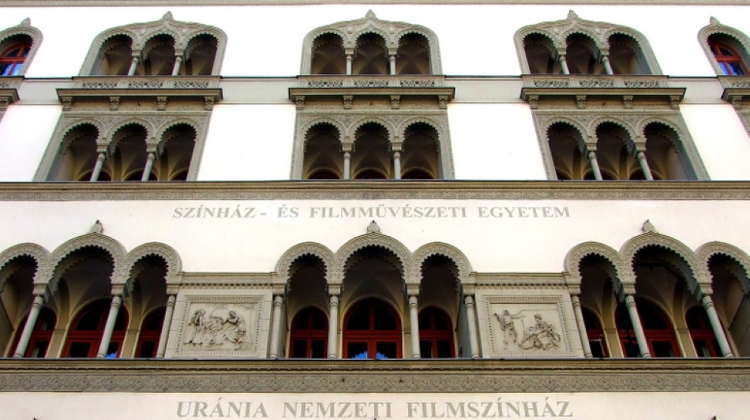 Reacting to a several thousand strong demonstration organised by students of the university on Sunday, and to their already week-long occupation of their school, opposition-leaning commentators see their protest as harbinger of a new era

In the meantime pro-government authors believe they are manipulated by left-liberal intellectuals trying to protect their leading positions in Hungarian cultural life.

On 444, László Szily welcomes Sunday’s human chain formed by university students and their supporters. The participants passed a ‘charter’, the message written by the former leading staff of the university from the building they occupied last week to the Parliament building.

The liberal author rejoices at the sight of such a cheerful crowd, dominated ‘at last’ by ordinary citizens, rather than political parties. Whether they will achieve anything or not, Szily writes, they have shown ‘the existence of another Hungary which just might eventually change everything.’

On hvg.hu, György Bodansky believes the unexpectedly stiff resistance put up by the students and the surprisingly broad protest in the international world of theatre and cinema have put the government in an awkward position. The damage, he writes, is too big to be controlled.

Bodansky suspects that the government must ponder whether to sacrifice theatre director Attila Vidnyánszky, the man appointed to chair the foundation in control of the university as a result of the recent reform. If they do not, he suggests, the scandal might harm PM Orbán himself.

On HIR TV, Fidesz MP László L. Simon said that in a democracy people have a natural right to express their dissatisfaction and take to the streets. He condemned, nevertheless, the outgoing leadership of the Theatre and Film University for postponing the beginning of the school year and thus violating the rights of those students who would like to continue their studies.

In his daily sarcastic column in Magyar Hírlap, Dániel Galsai finds it absurd to claim that the problems of higher education should be decided by those who occupy a building. Left-liberals, he writes, would ‘allow the right wing to govern, but only as long as it keeps quiet and gives them the money’.