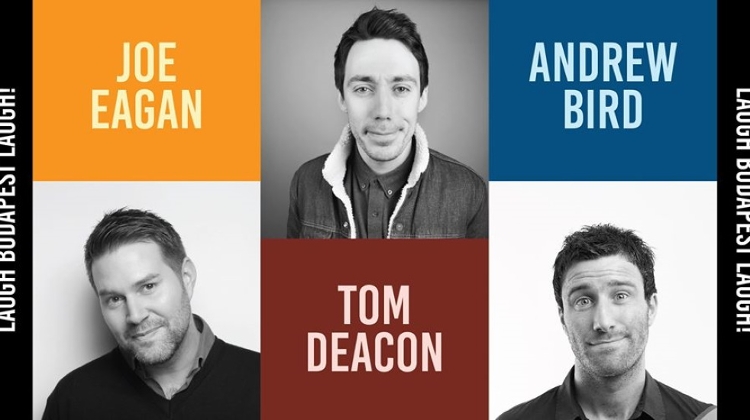 Joe Eagan steps in for Dave Thompson and brings some of the best international comedy talent to The Studios.

Canadian Joe Eagan lives in Sweden, and performs all over Europe. His lovable stage presence and maple syrup voice go down well with the crowd. All this, plus his unique take on life, make Joe in demand for corporate events and comedy clubs alike. A safe pair of hands for any crowd.

Tom has been performing standup comedy for the last 12 years including in the most prestigious comedy clubs in the UK as well as having 4 solo shows at Edinburgh Fringe Festival.

He’s also maintained an extensive broadcasting career such as having his own show on BBC Radio 1 and Capital FM and running the Copa90 channel on YouTube.

Andrew Bird is from Northampton. As an under-aged drinker in the local pub he tried to make the older men laugh. After dropping out of art collage and working in a factory for a few years that seemed really the only option, he’s now a regular on the British comedy circuit and a regular TV contributor and writer.

He got married to a woman from Slovakia, bought a car, a house, and had two children during the worst recession since the 1920s. This pressure fuelled his slightly moaning stressed sense of humour, but ultimately contributed to his comedy success.

He has been tour support for Rhod Gilbert, Rob Brydon and on his recent arena tour Michael McIntyre including Wembley and the O2. He’s one of only seven comedians to perform for Banksy at Dismaland.