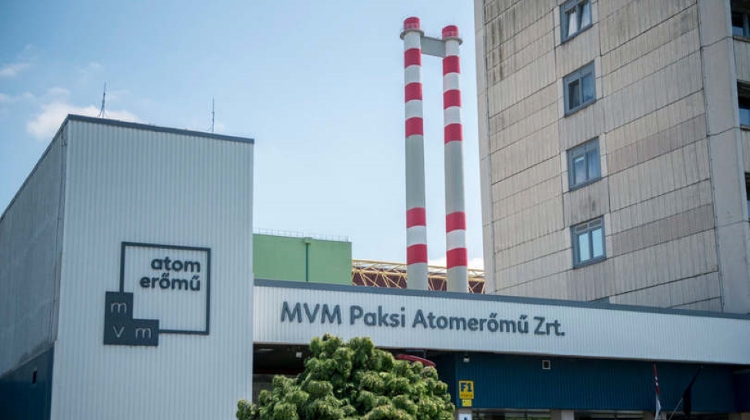 Átlátszó filed a freedom of information request for these documents but Paks II. Zrt refused to release them on the grounds of national security interest and intellectual property.

Átlátszó is suing the state-owned company for the analyses that they believe are of public interest: one is about the spreading of activity related to a major accident, the other on the possible initial technological disruptions of the new blocks.

The idea was first raised in 2007 to build two new nuclear power plant units in Paks, in addition to the existing ones. Parliament gave its consent in 2009,  and in 2012 the state-owned Magyar Villamos Művek established Paks II. Zrt.

In 2014 the Hungarian prime minister, Viktor Orbán and Russian president Vladimir Putin signed a contract for the construction of the new units.

According to this document, the Russian state-owned company, Rosatom will build the Paks 2 nuclear power plant, and the Russian state will provide Hungary with a loan of EUR 10 billion for the project with a total cost of EUR 12.5 billion.

The construction of the new nuclear power plant units is not considered a good idea by everyone, and not only because of the expensive Russian loan or the Hungarian government’s secrecy related to the investment, but also because of certain safety concerns. In 2017 we published a report comissioned by Paks II. Zrt., summarising the results of geological research.

This document revealed that in Paks, underneath the already existing nuclear plant and the planned extension there is a tectonic fault line which is considered to be active.

The report states that traces of earthquakes less than a hundred thousand years old were found in the vicinity, near the surface.  For this reason, the site location may not comply with the recommendations of the International Atomic Energy Agency, yet a permit was granted.

Recently we discovered that two further, important safety studies were ordered by Paks II. Zrt. about the new nuclear blocks:

The contracts for both studies were won by Nukleáris Biztonsági Kutatóintézet Kft. (NUBIKI), for 59 million HUF and 66 million HUF. The first paper models what happens during and after an accident at a nuclear power plant, or following small or large leaks.

Átlátszó is convinced that all risks related to the extension of the nuclear plant should be made public, so they filed a freedom of information request for these two analyses.

The state-owned company first extended the deadline for replying by 15 days, claiming that the documents are still being examined.

Later they told them that the two security analyses cannot be considered as information of public interest for reasons of “national security and the right to intellectual property”.

Átlátszó does not agree with Paks II. Zrt.’s argument, therefore they are going to court for the documents.

It cannot, of course, be ruled out that the documents may contain information or conclusions which justify restricting public access to certain parts of the analyses in order to guarantee the the safe operation and the protection of the power plant.

Yet this is clearly not a sufficient reason for keeping the whole documents and the security issues detailed in them a secret. Also, the copyright of the authors and the rights to use of Paks II. Zrt. cannot in themselves override the accessibility of data of public interest.