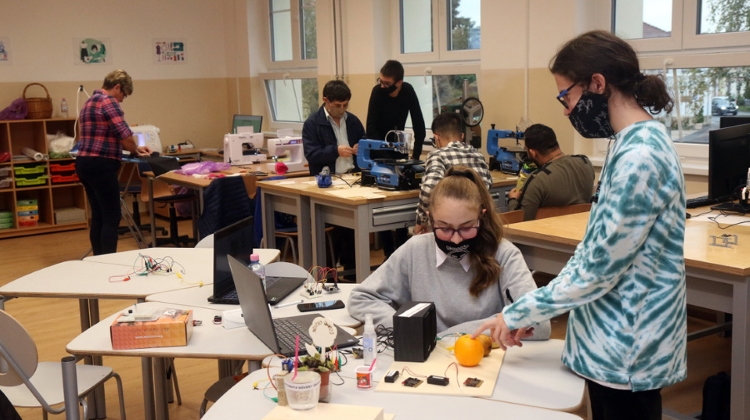 Hungarian teacher union PSZ has called for teachers to be added to the government’s Covid-19 vaccination plan.

PSZ said in a statement that it was “shocked” to see that the official vaccination plan “fails to make it clear” which category of vaccine recipients teachers fall into.

The union also criticised Prime Minister Viktor Orbán’s “apparent announcement” that if Hungary were to suddenly have access to millions of vaccines, the shots would be administered at the regular electoral polling stations.

Many of these, PSZ noted, are in schools, which not even parents are allowed to enter right now.

PSZ said it believes teachers should fall within the same category in the vaccination plan as people over the age of 60 who are considered vulnerable to Covid-19.

According to the website of the National Public Health Centre, people within this group will be eligible to receive the vaccine after health-care workers and social sector workers.

The union said the vaccination plan contradicts past remarks by the chief medical officer, who had said “those working on the frontlines”, such as health-care workers, would be the first to be vaccinated, followed by those most vulnerable to the virus and public service employees, like teachers.

PSZ also cited United Nations children’s agency UNICEF as saying that those working in the education sector should also receive priority in the Covid-19 vaccination campaigns.

The union demanded that teachers be placed in a priority category within the vaccination plan and for vaccination points not to be set up in schools.

Meanwhile, the Democratic Trade Union of Teachers (PDSZ) has called on the government to arrange the swift vaccination of teachers against Covid-19 and to introduce an online work schedule in the education sector.

In a letter addressed to the prime minister, the human resources minister, the innovation and technology minister and the state secretary for public education, PDSZ has demanded that teachers be among the first to be inoculated against Covid-19 with a vaccine approved by the European Union.

The union argued that both Education International and UNESCO have said teachers should be a high-priority group when it comes to Covid vaccinations in order to safeguard the right to education.