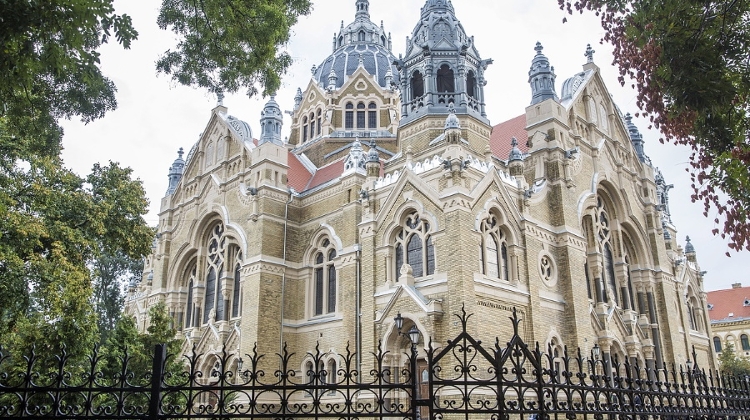 The new synagogue and the head office of Jewish community could plan Lipót Baumhorn based on a contest of design. The building operation began in the August of 1907 and ended by October.

We can recognise nearly all architectural styles in this monumental 48,5 meter (158,5 feet) tall moorish-art nouveau building, its insertion by sprandrels, the rib-like wall above the organ is Gothic, the columns holding the galleries are Roman.

The most beautiful part of the synagogue is the interior of the dome, which symbolizes the world. According to the teachings of Jewish religion, morality is determined by three factors: work, culture, good deeds. In biblical language this can be expressed by four wonds, which are painted in Hebrew on the gussets above the colums holding the dome.

The 24 colums of the drum of the cupola represent the 24 hours of a day, above it the briar - bush flowers on a blue background symbolize faith. Above the greenish-brown ornamentation representing vegetation, the experience of infinite space manifests itself in the gradually darkening star-strewn blue glass dome.

In the middle is the Star of David (Magen David), around it the sun's rays, which can be illuminated, crown the firmament. The dome and all the lead glasses were created by Miksa Róth. 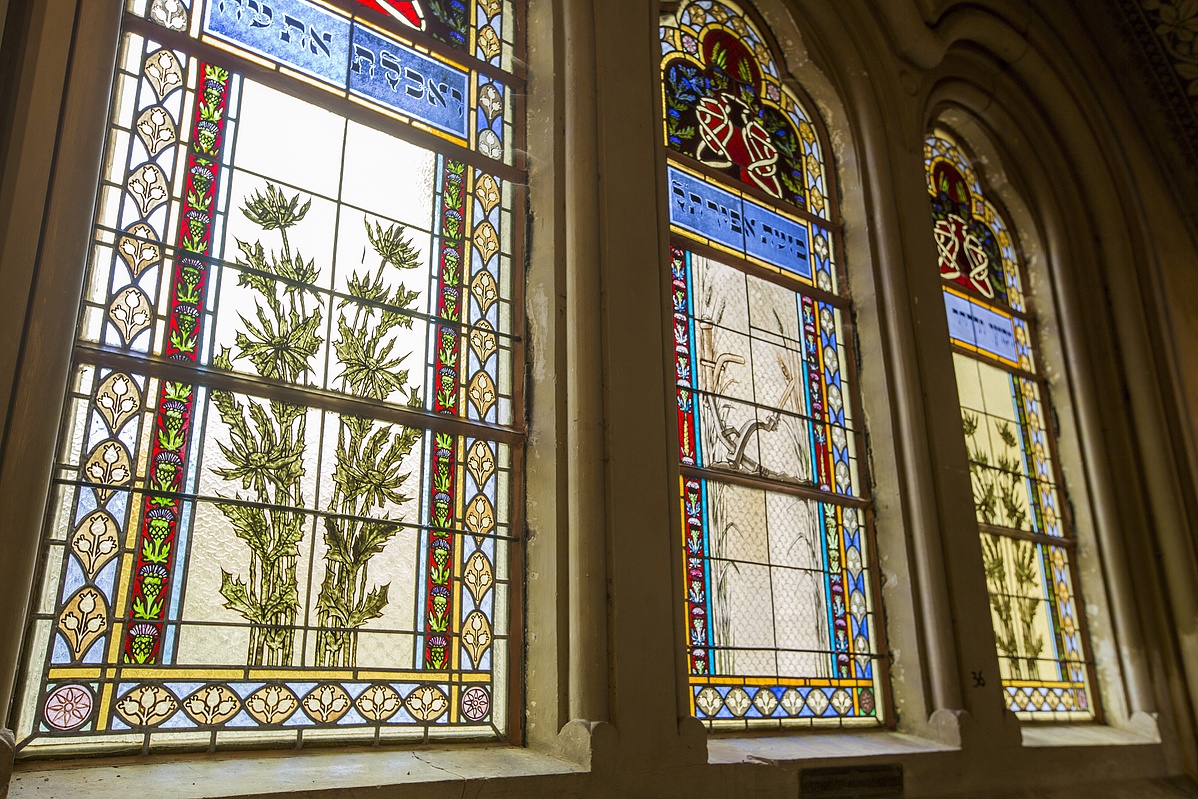 The Szeged Synagogue is the second largest in Hungary after the Dohány Street Synagogue in Budapest, and the 4th largest in the world.

To learn more on this masterpiece visit archive.org.