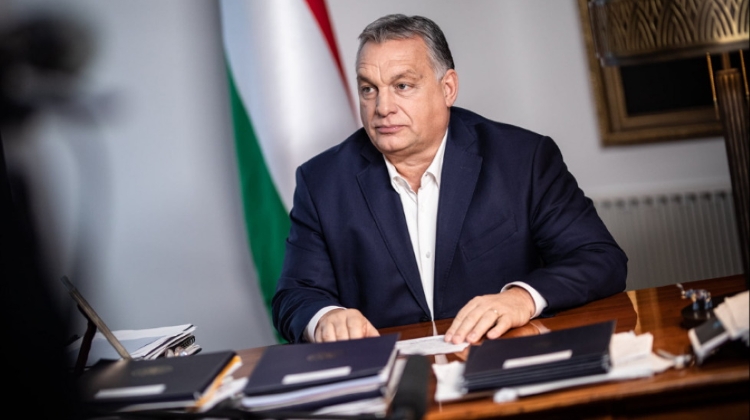 The European Union, as Hungary understands it, is composed of sovereign nations, but some member states are trying to transfer more powers to Brussels and strengthen EU institutions, Prime Minister Viktor Orbán said in an interview published in the German magazine Stern.

“We, in Hungary, say that you can only be a good European if you are a good Hungarian,” Orbán said, adding that based on their historical experience, Hungarians view a push toward “centralism” with concern. “We would not want to give up again the sovereignty and the rule of law achieved for Central and Eastern Europe 31 years ago,” he said.

Asked why Hungary doesn’t follow the UK’s lead and leave the EU, the prime minister said “it is better for us in the EU”, calling Brexit “a big mistake which should have been prevented”.

It is important for Hungary to belong to an alliance that provides security, Orbán said. He said Hungary fully endorses values outlined in Article 2 of the Lisbon Treaty, noting that those values have also been enshrined in the country’s basic law.

Asked about concerns raised over the state of the rule of law in Hungary, Orbán said he considered them “absurd”, adding that “clear and objective criteria have never been put forward to justify these unproven allegations”.

Regarding the media in Hungary, Orbán said that “objective analyses show that the market share of media outlets very critical of the government is well above 50%”.

In connection with family policy issues, the prime minister made reference to Hungary’s basic law which defines family as a bond between a man and a woman which he said cannot be regarded as “intolerance”.

Asked about Islam and Hungary, Orbán said that Hungarians would not want people of the Muslim faith to come to their county in large number and “culturally change” their lives. He said “we let in” the Muslims who live in Hungary and “they have accepted that they live in a Christian-Jewish country and observe our laws”.

In connection with EU legal debates over the placement of asylum-seekers in Hungary, Orbán said the country’s basic policy is that it opposes illegal immigration.

He said he was opposed to any policy that gives those in need the impression that immigration to Europe is the only solution, as that would put them all on a path filled with life-threatening challenges.

Hungary observes the rule laid down in international treaties that people fleeing their homes for a good reason have the right to be admitted to a safe country, Orbán said.

However, there is no international law that allows them to choose their desired country, he added. Hungary’s position is that help must be brought to those in need instead of “importing problems”, and this is why the Hungary Helps aid organisation has been set up.

He added that a “type of Marshall Plan” should be launched for countries in Africa and the Middle East where many migrants come from.

The EU’s approach toward taking in asylum-seekers goes well beyond the rights enshrined in international treaties, Orbán said. Unfortunately, this approach has become a “political touchstone” and anybody who disagrees with it “immediately becomes a black sheep”, he added.

Migration will remain “the great question for European civilisation” in the upcoming twenty years and it is the national parliaments that will have to take decisions about it, he said.

Hungary is a “very diverse” country in terms of culture and religion where people of different religions and world views live in harmony, he said. “We like diversity within our culture but we are very careful with anything that comes from the outside because we are a small country,” he added.

He said that during the 2015 refugee crisis it became clear that “German politicians believe in a post-Christian and post-national Europe,” an approach which he said was not shared by Hungarians. In such a situation “we should be tolerant of each other and agree that even if we think differently, we can still be friends.”

Commenting on German Chancellor Angela Merkel, Orbán described her as “a strong woman carrying two crosses: German and European politics … but she still walks a straight line, which earns her respect.”

Opinion: End Of Days For Independent Media In Hungary