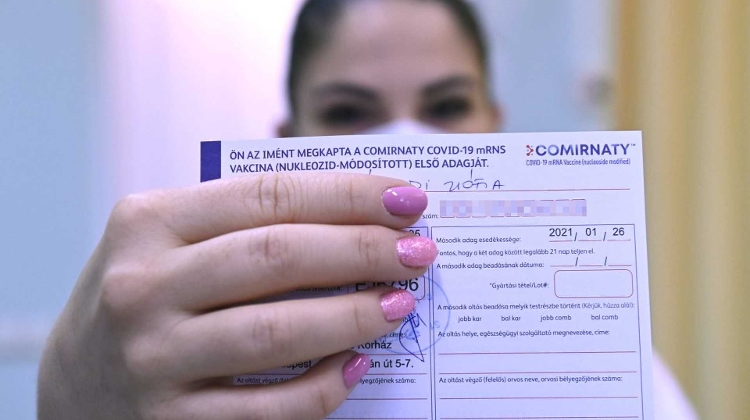 The vaccination certificate to be issued by the government will not state which type of vaccine Hungarians have been vaccinated with, Telex reports.

There was no official announcement of the change, but it appears in an amendment to a government decree published in the Hungarian Gazette on Saturday.

Accordingly, the certificate will not state which vaccine the bearer was inoculated with.

This may create problems for those travelling outside Hungary, Telex writes, as Poland, for example, recently decided that only those persons will be admitted to the country who can present a negative PCR test result within 48 hours or a certificate that they have received one of the vaccines authorised by the EU, namely the Pfizer-BioNTech, Moderna and AstraZeneca products.

So, according to the current position, those vaccinated with Russian and Chinese vaccines face a 14-day quarantine if they travel to Poland.

Answering a question on the issue in Parliament yesterday, Finance Minister Mihály Varga said “For the time being, with such a level of infection, the question is not what decision the Polish government will make, but how we will protect Hungarian citizens.”