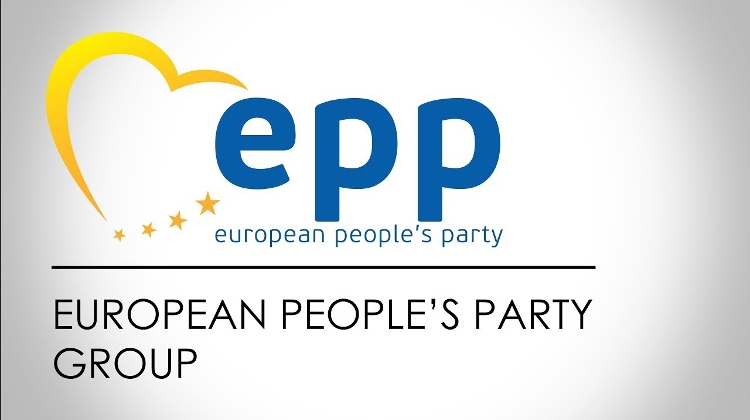 MEPs of Hungary's ruling Fidesz party have quit the European People's Party (EPP) group after it approved an amendment to the umbrella party's rules at a group meeting.

The EPP group voted on Wednesday to change the group’s statutes to make it possible to suspend the membership of a whole group, not just individual MEP members, or to terminate membership collectively if the party group’s rules were seriously breached.

Fidesz MEPs Kinga Gál and Tamás Deutsch said it was “unacceptable” that the EPP group had launched “hasty administrative manoeuvers” during the coronavirus epidemic that was “claiming the lives of thousands of European citizens every day, putting unprecedented pressure on our citizens and economies.”

The Fidesz MEPs said they had stated their legal and political concerns on several occasions, but the final version of the amendment to the EPP statutes was still unsatisfactory. The change in rules that would allow a simple majority to oust a whole party group from the EPP group would prevent Fidesz MEPs from exercising their parliamentary rights, they added.

The Fidesz MEPs said the democratic will of almost 2 million Hungarians who backed Fidesz in the European elections “must be respected fully”.

Matteo Salvini, leader of the Italian League party, texted a message to Prime Minister Viktor Orbán, assuring Orbán of his “friendship and closeness to the Hungarian nation” after the MEPs of Hungary’s ruling Fidesz announced to leave the European People’s Party (EPP) family in the European Parliament.

Salvini and Orbán also talked on the phone later in the day, and discussed issues regarding vaccination against the coronavirus, reopening their countries’ economy after easing restrictions, as well as migration and the protection of families, the League party said.

Meanwhile, Joerg Meuthen, the deputy leader of Germany’s radical Alternative fuer Deutschland (AfD) party and an MEP sitting in the Identity and Democracy (ID) party group in the European Parliament, said ID would welcome the Fidesz MEPs among its ranks.

Fidesz’s stance on migration, identity and national sovereignty is “clearly much closer to ID than to EPP,” Meuthen said.

The ID currently counts 76 MEPs of the Italian Lega, the French Rassemblement National and the AfD parties.

Katalin Novák, a deputy leader of ruling Fidesz, has slammed the EPP group’s vote to amend its statutes, which led to Fidesz’s 12 MEPs leaving the group on Wednesday. “Thousands of people are dying in the European Union on a daily basis,” Novák said on Facebook.

“And yet the European People’s Party’s parliamentary group is focused on limiting Fidesz MEPs’ room for manoeuvre.”

Novák, who is Hungary’s minister without portfolio for family affairs, noted that Fidesz decided to “put an end to the disagreements” and leave the EPP group after the umbrella party approved an amendment to its statutes that would allow MEPs to be removed from the group en-bloc with a simple majority.

Novák also shared a letter by Prime Minister Viktor Orbán addressed to Manfred Weber, the EPP’s group leader, on Fidesz’s decision to leave the group. In his capacity as Fidesz leader, Orbán said he was disappointed to witness “the EPP group paralysed by internal administrative matters and busy silencing … democratically elected Europeans, while hundreds of thousands of Europeans are hospitalised…”

He called the change in rules “a clearly hostile step towards our voters and Fidesz”.

“This is anti-democratic, unfair and unacceptable.” The governing body of Fidesz, he added, “has decided to leave the EPP group in the European Parliament immediately.”

Orbán added that Fidesz MEPs would continue “to speak for those voters they represent and defend the interests of the Hungarian people.”

Justice Minister Judit Varga said EPP head Manfred Weber should have kept the party group together rather than weakening it. Varga said Fidesz’s long-time disagreement with the party family started because Weber “does not want to lead … [the EPP according to] Christian-Conservative values”.

“He made this clear when he said that national sovereignty no longer exists.” Varga said Fidesz believed in preserving the country’s “thousand-year-old culture” while cooperating with European countries.

Hungary’s allied ruling Christian Democrat (KDNP) party will remain a member of the European People’s Party group after the MEPs of senior governing party Fidesz announced to leave the group.

György Hölvényi, KNDP’s only MEP currently serving in the European Parliament, told MTI that the party joined the predecessor of the EPP, the European Union of Christian Democrats, in the early 1990s.

The amendments of the EPP’s statutes, which the EPP adopted earlier in the day, do not “present a legal issue to KNDP and do not strip the party of positions it is holding”, Holvenyi said.

He said the party would continue to work for the cause of religious freedom, for persecuted Christians, for interreligious dialogue and for the advancement of European development policy.