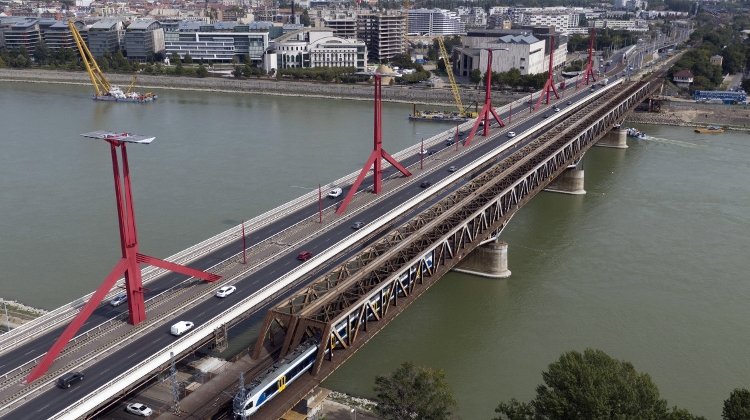 Construction of the third track across the south Budapest railway bridge over the Danube has been completed, the state infrastructure developer NIF announced on Wednesday.

This is the first new track laid across the river in Hungary in 68 years, the NIF added.

The mounting of the last bridge element was delayed by nearly a month due to high water levels on the Danube.

The construction is being done by Duna Aszfalt and Mélyépítő for Ft 36 billion.

The first trains will cross the new track of the bridge, which is next to the Rákóczi Bridge, in the spring.