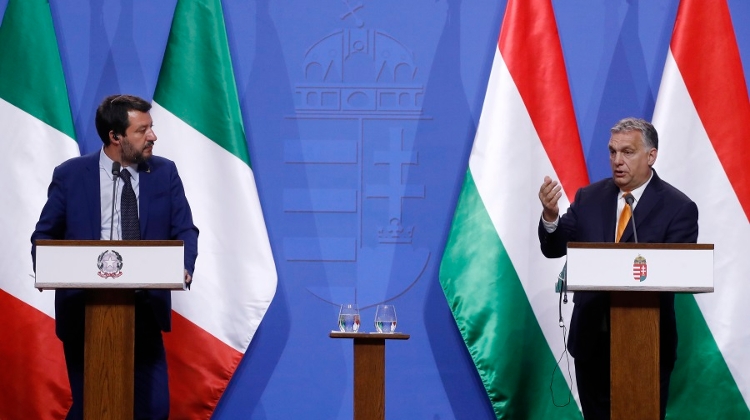 Bertalan Havasi said on Tuesday that the meeting will focus on creating a European-level alliance between Hungary’s ruling Fidesz, Italy’s Lega and Poland’s PiS party, which is led by Morawiecki.

Salvini told MTI’s Rome correspondent that the meeting would be held to discuss how to build a post-coronavirus European Union and how to lay the foundations for the future of Europe.

In an online interview Salvini said: “Europe will be different after Covid-19, and we’ll have a chance to rethink Europe’s identity.” The pandemic, he added, offered the opportunity to create an EU with a “new role and a new meaning”.

He said the EU “must find its soul, its backbone, its mission.” The EU cannot respond to the needs of 500,000,000 Europeans if it is simply a business bloc, he added.

“In Budapest we’ll discuss the vision for a future Europe based on work, welfare, security, identity, the family and education,” he said, adding that the formation of a new political family in Europe would not be on the agenda. “No common party group will be formed,” he told MTI. “We’ll be presenting a common charter with common values and aims.”

Salvini said Lega was not planning to join the European People’s Party. His dream, he added, was to unite the Identity and Democracy Party family and the European Conservatives and Reformists, as doing so would form the second largest EP group.

Speaking at a press conference in Warsaw on Tuesday afternoon, Morawiecki said Thursday’s meeting in Budapest will address “various European issues” with a particular focus on “political questions” related to the operation of the European Parliament.

The three leaders will also discuss “how the European programme can best be implemented in the interest of primarily Poland, Hungary and Italy,” he said.