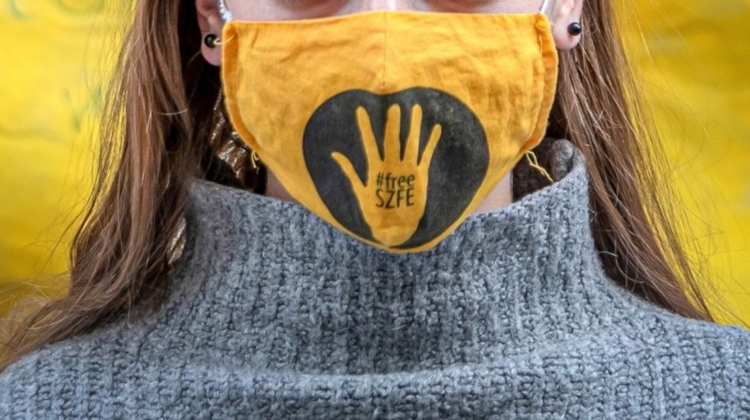 A Budapest man who earlier this year knifed a passenger on a bus for wearing a face mask expressing support for the students of Budapest’s University of Theatre and Film Arts (SZFE) was sentenced to six years in prison in an expedited procedure.

Budapest’s 20th, 21st and 23rd district court also banned the man from participating in public affairs for a period of seven years, a spokeswoman of the Budapest chief prosecutor’s office said.

According to the non-binding verdict, the victim was travelling on a bus on Feb. 25 wearing a face mask expressing support for the students and staff members protesting against recent changes introduced at SZFE when she was confronted by the defendant.

The defendant first got into a verbal altercation with the victim over the mask and then stabbed her in the face with an 8cm knife.

He then got off at the next stop and fled the scene. In his court testimony, the defendant partially confessed to the crime and apologised to the victim, who accepted the apology.

The court found the defendant guilty of violence against the member of a community, arguing that he had been motivated by his sentiments against a group represented on the victim’s mask.

Both the prosecution and the defence have appealed the sentence.