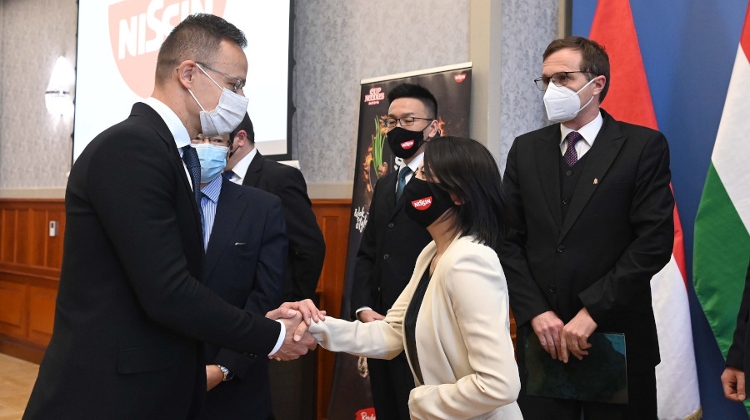 The government is supporting the investment, which will preserve 320 jobs and create 20 new ones, with a 500 million forint cash grant, Szijjártó said.

Nissin Foods Kft will add 20% to its instant noodle soup production capacity and triple its warehouse space, he added.