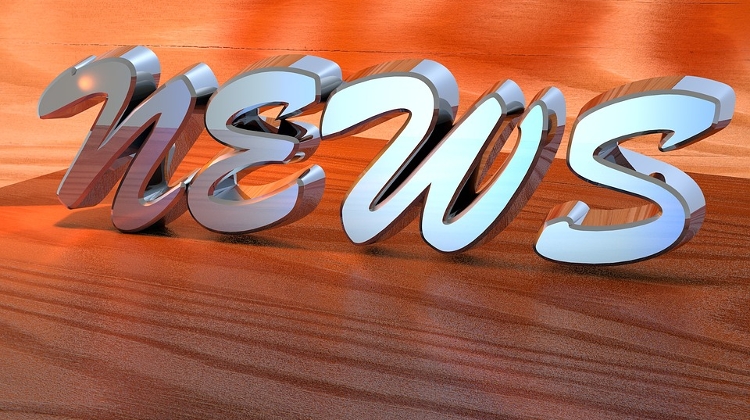 The number of Hungarians inoculated against Covid-19 has reached 4.3 million which would not have been possible without acquiring vaccines that have not yet been approved by the European Medicines Agency (EMA), Justice Minister Judit Varga said.

She told the Hungarian press on the sidelines of a meeting of ministers in charge of European Union affairs in Brussels that Chinese and Russian vaccines received Hungarian approval within the framework of the EU Emergency Use Authorisation system and this made it possible to vaccinate a large part of the population.

Commenting on the immunity certificates that prove one’s vaccination status, she said an agreement is expected by the end of May.

The EU would like to introduce the use of such a document on July 1, she added.

Fully 96 patients, generally elderly with co-morbidities, died over the past 24 hours, while 905 new infections were registered, koronavirus.gov.hu said on Wednesday.

The number of active infections has declined to 172,456, while hospitals are treating 2,974 Covid patients, 361 of whom need respiratory assistance.

There are 18,872people in official quarantine, while 5,560,617tests have been officially carried out.

Since the first outbreak, 793,784  infections have been registered, while fatalities have risen to 28,888.

Vaccination against Covid-19 is not a political issue, therefore the Hungarian government has “rejected all politically motivated attacks on effective and safe vaccines”, Justice Minister Judit Varga said on Facebook.

Following a meeting of the EU General Affairs Council in Brussels, Varga said that “when human lives are in danger, we cannot afford the luxury of choosing among vaccines simply on a political basis”.

“We were confident that the key to saving most lives is to do everything we can to make as many vaccines available as possible,” she said.

In another entry, Varga said she had met Didier Reynders, commissioner for justice, and shared with him “concerns about the last Rule of Law Report, which unfoundedly criticised Hungary”.

She noted that in April last year the European Commission had pledged to “measure all Member States on an equal standard, including positive developments” in this year’s report.

“We still expect the 2021 Rule of Law Report to be impartial, based on real facts, hence including the Hungarian government’s standpoint too,” she said.

The World Health Organisation (WHO) has confirmed that China’s Sinopharm vaccine is effective also in protecting the elderly against Covid-19, a foreign ministry official said.

Tamás Menczer, the state secretary for communications and international representation, said in a video message on Facebook that WHO released earlier in the day its detailed recommendations on Sinopharm.

Menczer quoted WHO as saying that based on currently available data it recommends using the Chinese vaccine also for the inoculation of people aged older than 60. WHO said it had no data suggesting any difference in the effect of Sinopharm on people in older or younger age groups, the state secretary added.

WHO, Menczer noted, announced on May 7 that it had approved the Chinese vaccine as effective and safe.

Szijjártó in talks on unimpeded travel for inoculated Czechs, Hungarians​​​​​​​

Szijjártó told a joint press conference after the meeting in Budapest that they had agreed on the matter in principle, and the details would be clarified shortly. Kulhánek said the details of the agreement would be set down by the end of the week on lifting all travel restrictions between the two countries for inoculated citizens.

Szijjártó said the Czech Republic was one of Hungary’s closest allies, and bilateral cooperation had been exemplary during the coronavirus epidemic in terms of helping to repatriate their respective citizens stranded abroad, while Hungary provided 150 ventilators and 40,000 vaccines to the Czech Republic by the end of May.

Despite coronavirus-related impediments, trade turnover exceeded 9 billion euros and large companies of both countries actively invested in the other country, he noted. Oil and gas company MOL operates 304 petrol stations in the Czech Republic, while energy company MVM Energetika already has 1.5 million Czech customers, he added.

Nuclear energy is an important part of the national energy mix in both countries, he said, adding that with a view to attaining climate targets, both jointly opposed negative discrimination against nuclear energy. Szijjártó said both countries also agreed on issues concerning the European Union’s future, and both reject illegal migration and quotas, while prioritising the protection of the EU’s external borders.

Both countries also support Western Balkan countries in their quest to join the bloc, he added. Asked about plans for a EU vaccine passport, Szijjártó said such a document should not override national regulations.

Asked about Hungary’s veto of the joint EU statement criticising China over human rights, the minister said the EU had issued a statement or taken decisions on China eight times so far without anything to show for it. A ninth statement would have been “pointless”, he said.

The Czech foreign minister expressed thanks to Hungary for its aid during the epidemic and for its statements in connection with the destruction of the Vrbetice armory, adding that Hungary had played an important role in drafting the related EU-NATO joint statement.

The Czech presidency of the EU was also on the agenda of the meeting, he said. “We need a Europe that confidently defends its values, freedom, democracy and human rights,” the Czech minister added.