Covid Update: 5 Million Expected To Be Inoculated In Hungary By 28 May 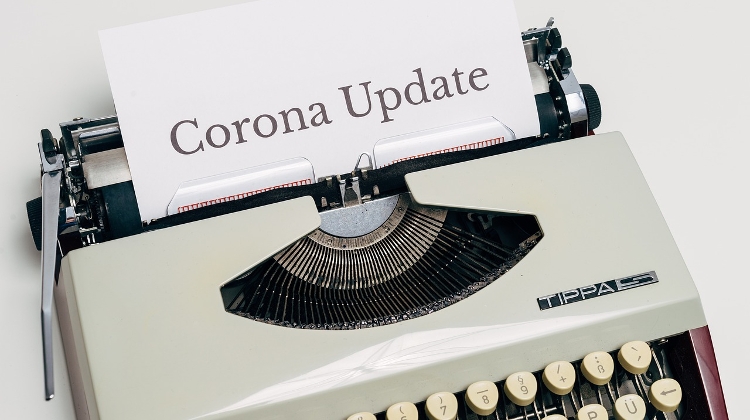 Five million Hungarians are expected to have received at least their first jab by the final week of May, the prime minister's chief of staff has said.

Hungarians inoculated against Covid-19 in member states of the European Union, NATO or the OECD, and in Russia or China, can apply to obtain a Hungarian immunity certificate after submitting proof of their inoculation to the Hungarian authorities, he said.

Starting on May 28th, wedding celebrations will be allowed again regardless of the number of vaccinations at the time, he said.

The number of inoculations is currently close to 4.5 million, Gulyás said.

Vaccination of the 96,000 registered 16-18-year-olds will take place from Thursday to Tuesday, he said.

The remaining 144,000 Pfizer vaccines are also expected to be used by then, he said.

Fully 71 patients, generally elderly with co-morbidities, died over the past 24 hours, while 1,190 new infections were registered, koronavirus.gov.hu said on Friday.

The number of active infections has declined to 158,458, while hospitals are treating 2,612 Covid patients, 338 of whom need respiratory assistance.

Since the first outbreak, 796,390 infections have been registered, while fatalities have risen to 29,041.

Because both Western and Eastern vaccines have been administered, Hungary’s vaccination plan is 1-2 months ahead of other European countries, Gergely Gulyás, the prime minister’s chief of staff, has said.

Hungary “leads the pack” with nearly 56% of adults inoculated, Gulyás said. “Although restrictions regarding immunity certificates will remain in place until August, we may have a relatively normal summer,” he told a press briefing.

Those who only accept Western vaccines will also be inoculated by end of June the latest, Gulyás said. Five million people have registered for vaccination already, and another 260,000 people working in health care and law enforcement, as well as the residents of elderly care homes, have been vaccinated without registration, he added.

Meanwhile, social immunity is growing, along with falling caseload and fatality numbers, he said. However, the regulations in force will have to be observed until five million Hungarians have received their jabs, he said.

Regarding wage subsidies for companies suffering from the pandemic fallout, Gulyás said 86.5 billion forints (EUR 241.7m) have already been disbursed. Companies have so far applied for 87.1 billion in wage subsidies available until the end of May, he said.

Regarding the European Union’s recovery plan, Gulyás said the government trusted that the EU would quickly approve its plan for how to deploy the funds which the government submitted at the end of April.

Relaunching the economy speedily is in the whole continent’s interest, he said. The government’s plan on using the funds received through the EU’s Recovery and Resilience Facility (RFF) will be published on the government’s website within a few days, Gulyás said.

The main objectives remain the same, with 34% of the funds going towards health-care development, Gulyás said. Education, another high-priority sector, will get over 50% of the funds, he added.

The RFF monies will serve to boost growth and competitiveness, he said.

Government spokeswoman Alexandra Szentkirályi noted an app using QR codes to show whether someone is inoculated is about to be released.

Synchronised with Hungary’s electronic health-care service site (EESZT), the app will show the name and social insurance number of the person checked, and whether they have already been vaccinated, she added.

The meeting formed part of the series of consultations of the C5 group, set up by five countries last year to tackle challenges related to the pandemic. The Bratislava talks focused on ways to ease restrictions, especially lifting travel barriers.

Governments should now give priority to protecting the lives and health of their citizens, and helping life return to normal as soon as possible, Szijjártó said, adding that the only way to attain both goals simultaneously was through vaccination.

As Hungary has never seen vaccination as a geopolitical issue, it has one of the highest inoculation rates in Europe, with over half of the adult population vaccinated by now, he said.

As the related EU regulations have still to be issued, the individual countries could restore free travel through the mutual recognition of immunity certificates, Szijjártó said, proposing that the central European nations should conclude a regional agreement.

“I see no reason to block travel for vaccinated,” he said, adding that giving them the green light would by no means thwart the anti-epidemic efforts of the countries concerned. Hungary has concluded such agreements with seven countries and hopes to announce further ones in the near future, he said.

“The time has come to conclude bilateral and regional agreements,” he said, adding that such arrangements would not run counter to European regulations. “There cannot be any European regulation which stipulates whom member state should allow to enter its territory and whom to refuse,” Szijjártó said.

In response to a question, Szijjártó said that Hungarian-Slovak relations were “better than ever”. “Of course, there are still issues to be settled, but this is what politics is about”, he said,